Julexis fans — prepare yourselves for the wedding of the year!

GENERAL HOSPITAL’s Nancy Lee Grahn (Alexis) took to Twitter to tease her fans in the worst way! “I’ve a wedding gown fitting on Monday,” she wrote. “That’s all I’m saying.”

Julian and Alexis have had more ups and downs than a roller coaster, but their devoted fans never gave up hope that the pair would eventually find happiness in each others’ arms. Viewers were thrilled when he bought her a brand new home that had been built just for her, and swooned when he made his holiday marriage proposal at the Nutcracker Gala. 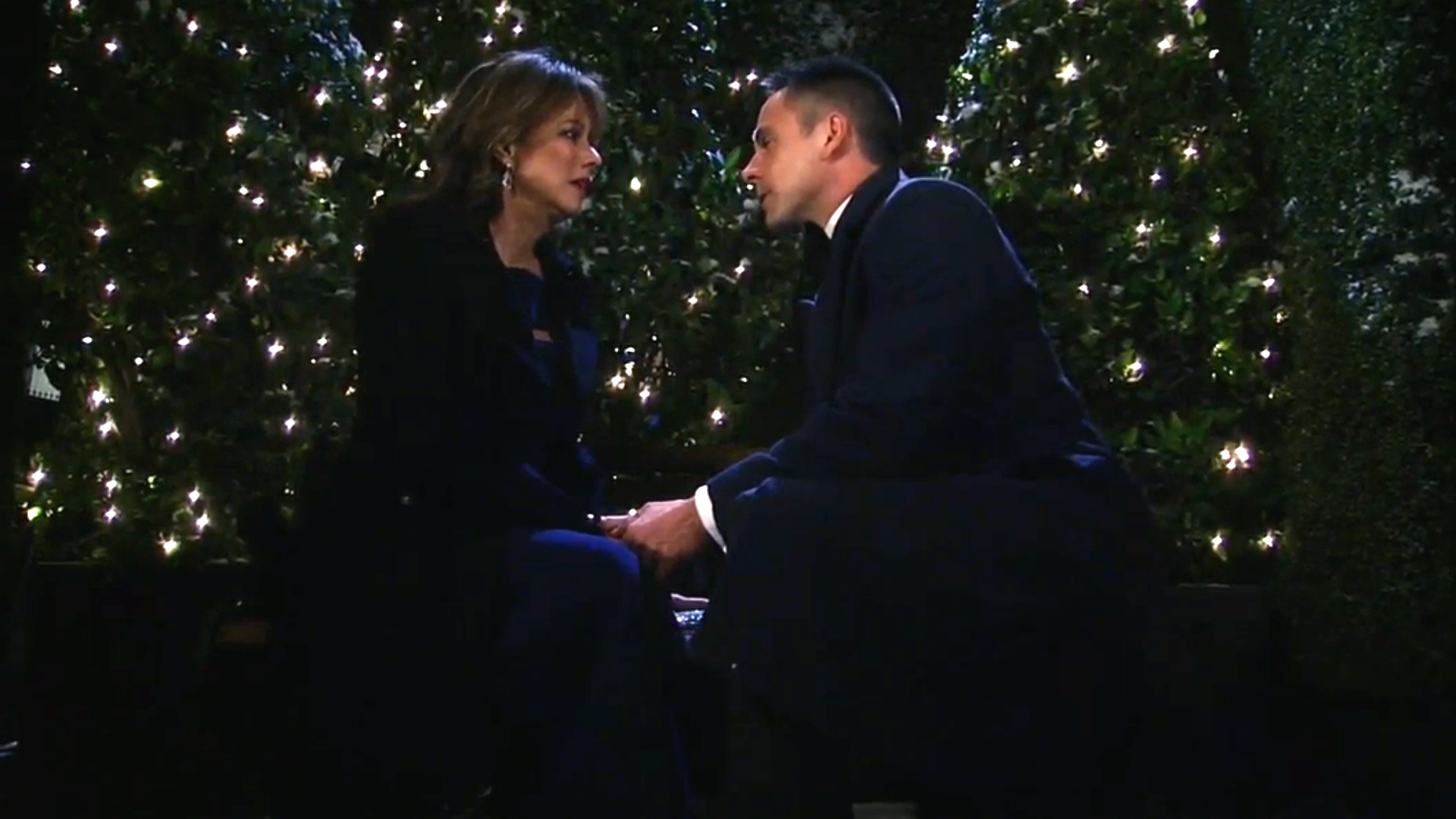 Despite Julian’s sketchy criminal past — which may or may not be completely over and done with — this marriage should turn out a whole lot better than Alexis’ brief marriage of inconvenience to Jax or her ill-fated union with Ric!

Knowing that the actress is being fitted for a wedding gown means that the couple will actually be walking down the aisle in the near future… but could something go wrong at the ceremony itself? Or will Alexis finally become Mrs. Julian Jerome?