Fans of GENERAL HOSPITAL were devastated when Nathan West was killed off of the show, making poor Maxie a widow. And while it’s far too soon to think about pairing the now-single expectant mother with anyone romantically, some viewers can’t help but appreciate the connection she’s making with Peter. Actors Kirsten Storms and Wes Ramsey have an undeniable chemistry on screen that feels right, even though right now, it’s so very, very wrong. Heck, even Ramsey’s real-life love, Laura Wright (Carly) is behind the pairing!

She is definitely ok with it !!!ha. #teampeter&maxie

Of course, real-life relationships don’t matter for actors who have to play on-screen romances. Heck, Storms is currently dating musician Elias Paul Reidy. The real complication to pairing Maxie and Peter on GH is the fact that he’s secretly Nathan’s brother! And finding out that shocking fact, along with the fact that he published Lulu’s story about Cesar Faison being Nathan’s biological father that led to the supervillain murdering his own son, probably won’t do much for their budding relationship. 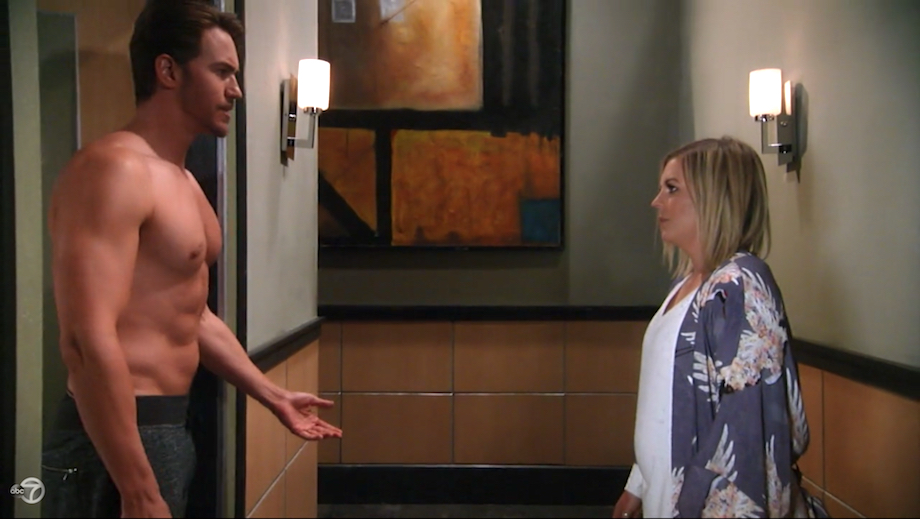 It doesn’t hurt that Peter is super-hot, too! (Photo Credit: ABC)

Still, Peter doesn’t appear to be as nefarious as his late father, and sometimes almost seems like a good guy. He remains a bit of a mystery like his past, so Peter could be an okay guy in the end. (Even if it still seems odd that Valentin has been working overtime to keep Anna from finding out Peter is really her son, Henrik Faison — what’s that all about?)

How would you feel about GH pairing Maxie and Peter on the show? Let us know by voting below!

What do you think about pairing Maxie and Peter?

After Sam’s Emotional Confession of Love, Tell Us Which Brother You Think She Should Pick