Kim seems to be pretty happy with Julian on GENERAL HOSPITAL right now, but it’s also become pretty clear that she’s not entirely over her feelings for Drew — even if the former Navy SEAL doesn’t remember their relationship himself! “Of course there’s a big part of Kim that longs for the old days,” GH headwriter Chris Van Etten told Soaps In Depth. “She probably thought she’d put the longing for Drew to rest years ago… right up until that day she walked into Sonny and Carly’s house on Thanksgiving and came face to face with ‘Jason Morgan’ and eventually found out that the man she’d fallen for — hard — years ago was still alive! And not only the man she’d fallen for, but the man who gave her a son, Oscar, who she loves with all her heart!” 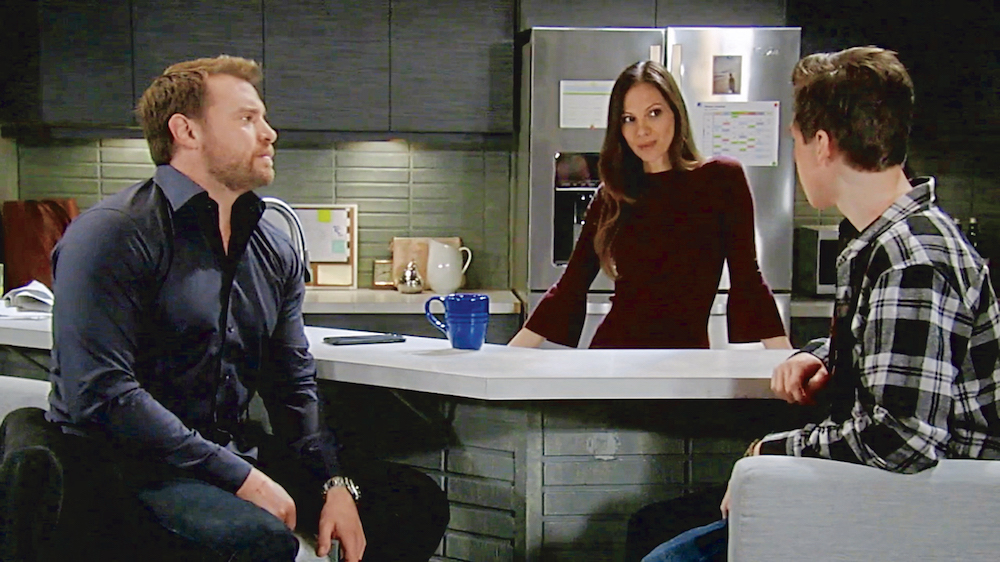 Does Kim want to reunite her family? (Photo Credit: ABC)

Unfortunately, while Kim remembers their love that created a son, Drew is still in the dark about his true past. And while he has been more than willing to spend time with Oscar, any kind of relationship with Kim is still out of the question for him since he’s still trying to avoid losing Sam to his brother, Jason. Which is why Kim is more than happy to busy herself with a no-strings attached fling with Julian. Of course, that could be complicated by Alexis, who may not be as over Julian as she claims!

But if Alexis decides she wants Julian back, would Kim fight for her new romance? Or would she just turn around and see if she can heal Drew’s broken heart after Sam has shattered it to pieces? And how would things change if Drew recovered his memories? Van Etten promises things “could get very messy!” Let us know which guy you think Kim should be with in the poll below!

Which man should Kim be with?

Spinelli Back on GH Permanently? – Bradford Anderson Speaks Out!