After approaching Sonny about a partnership, Cassandra told Valentin she was developing a potent new drug. He in turn told Anna, who knew just how to use Finn… but later, the WSB agent insisted the doctor back down for his own safety. Nina, meanwhile, met with Cassandra and failed to hide her ulterior motives. Worried for his family, Valentin told Anna she’d better act fast or he’d have to, while Finn put a plan into motion without her permission.

After Nora spoke for Liv and confirmed that her client had forced Julian to do her bidding, the issue was the hot topic at Alexis’ Thanksgiving — which blew up shortly after Sam and Jason arrived. Left alone with Bensch (who was still bonding with Kiki!), Alexis made a pass at him, but he didn’t believe she was over Julian. Alexis was tempted to drink… only to have Julian sidle up to her at the bar! Facing a retrial, he was sporting an ankle monitor and agreed they couldn’t reunite. Still, the connection between the exes was palpable.

Oscar Gets a New Lead

Robin showed up at Carly’s Thanksgiving dinner and rehashed her own return from the dead with Patient Six. This inspired him to visit Sam and tell her that, while he was definitely Jason, he would wait to fight for her and Danny until he had proof. To that end, he reviewed the case file on his 2012 shooting and asked Anna to help him find Faison, so she pointed him to Obrecht. Back at Carly’s, Oscar and his mother, Kim, joined the family dinner. When she recognized Patient Six as Drew — a former Navy SEAL she’d known — Oscar and Josslyn got ideas about his paternity. 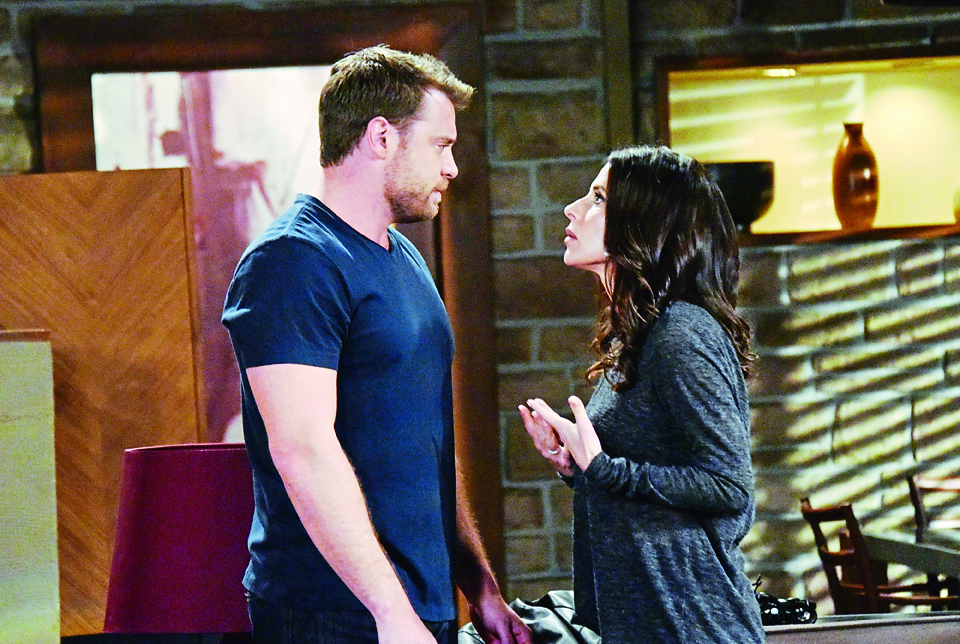 Jason didn’t know who he was, but he knew he loved Sam! (Photo Credit: XJJohnson/jpistudios.com)

Franco was upset when Jason found comfort in Elizabeth. Upon learning Robin believed Patient Six was Drew, Franco urged Jason to fight for his identity. Jason then told Sam he couldn’t accept her questioning him! Sam countered that she loved him, and asked why that wasn’t enough. Recommitted, Jason and Sam made love. Josslyn and Oscar later showed up at the door with a made-up excuse, and Kim showed up right behind them. Oscar was surprised to learn that his mother had tracked his phone, while Jason later confessed that there was something familiar to him about Kim.

Griffin wanted to spend Thanksgiving with Ava, but she got rid of him so she could meet with a shady cosmetic surgeon. After signing the paperwork, she decided to go under the knife that night… only to have Griffin show up with information about a class action suit against the sleazy doc! Disappointed, Ava let Griffin console her.

With the truth about Man Landers revealed, a furious Quinn insisted Nathan and Amy confess on TV. Instead, Chet took the blame… and sales skyrocketed! Maxie and Nathan hid their baby news — which caused trouble at Dante and Lulu’s Thanksgiving dinner. When the couple finally told Lulu, Obrecht, Mac, Felicia, and Sam, everyone was overjoyed… even as the truth about someone else’s paternity remained in question. Lulu planned to contact Peter August about a job at Aurora, while Sam bonded with Nina over her situation.

After an emotional Thanksgiving and a heated lovemaking session, Jordan and Curtis followed a lead on Andre. When they got their hands on the psychiatrist in Cuba, however, he refused to reveal what he knew about the Jason situation… and reminded them that the country had no extradition policy!