When Franco confronted Harvey about having abused him, the pedophile actually apologized… and then they started fighting! Drew arrived just in time to shoot Harvey, who was pronounced DOA at GH, and get Franco to safety. Since he knew Harvey had molested Franco, Drew also shielded him from Jordan’s questions. Before moving back in with Elizabeth and the kids, Franco told his fiancée the whole story and then processed it all with Kevin. When Franco revealed that he’d gotten the names of other boys victimized by Harvey, Elizabeth encouraged her beau to reach out to them.

Spooked by Nelle’s machinations involving Morgan, Carly mistakenly attacked Sonny — who was not happy she had been keeping secrets. The don wondered if another family might be behind it, but after Chase revealed there was nothing suspicious at Carly’s old place, Sonny suggested she see Griffin. Even though Carly believed someone was setting her up, she agreed to a checkup. After passing her physical at GH, Carly was supposed to meet Mike and Avery but got sidetracked by a note on her car. Playing into Nelle’s hands, she went to Morgan’s grave. When Chase showed up looking for a prowler, she tried to show him the message… but it had disappeared! Michael, meanwhile, warned Nelle about scheming Brad, but she insisted she was giving him a second chance — just as she hoped her babydaddy would her. 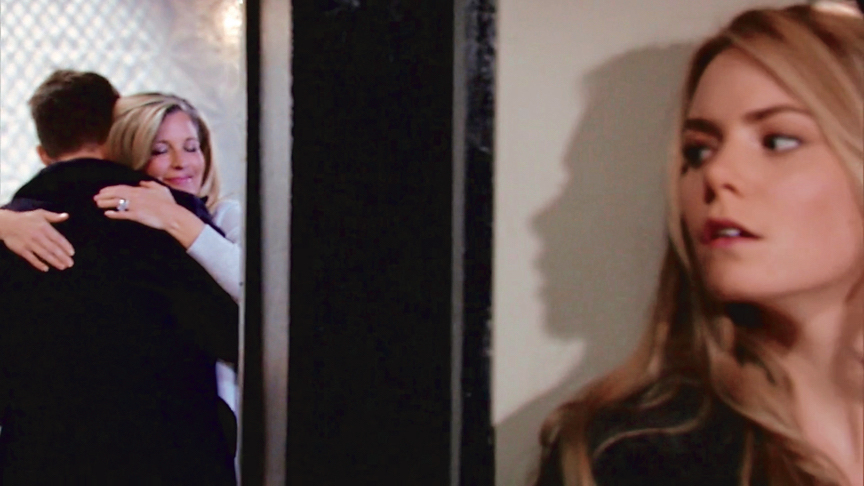 When Sonny tried to question his father about the field in Croton — where he’d long ago buried a body and murder weapon! — Mike became agitated. At the hospital, Stella reminded Sonny that Mike’s memories were unreliable, so he went home ready to offer his patience… only to find his father and Avery were missing! Believing Avery to be Courtney, Mike had taken her for a walk, but no one knew that. So when Chase arrived with Carly, he issued an Amber Alert, which brought Ava running. The mother’s fear turned to fury as soon as she learned that Carly was supposed to be watching Avery when the tot and Mike had disappeared. Nelle, who was of course responsible for distracting Carly, quelled her guilt by comforting Michael. Once the FBI was called in, Sonny worried that they’d treat his father like a dangerous criminal.

Anna, Emma, and Robert Team Up!

Believing Henrik wanted his mother to find him, Jason thought it might help to find her first — of course, he had no idea he was actually sharing his theory with the woman in question! With the clues leading them to Switzerland, Anna decided to bring a visiting Emma on their spy mission. Jason refused to play her games, but a concerned Robert arrived to back her up. After Robert and Anna argued over his involvement, her obsession with Faison and now his son, and her feelings for Finn, they visited local schools with Emma. While Anna struck out, Emma came through with an old program for a play that featured someone named Henri Francois. It wasn’t a hard lead… but it was something! 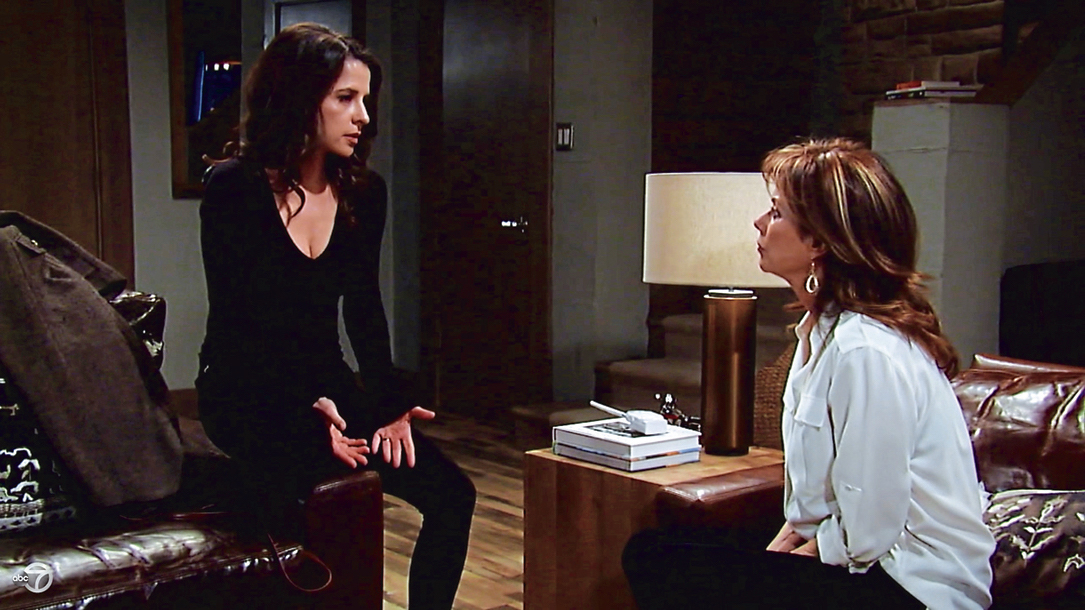 ”Mom, I ran away from home rather than deal with my own love life. What makes you think I can help you?” (Photo Credit: ABC)

After running into Sam at the hotel, a surprised Jason was quick to make it clear he intended to respect the space she needed. When they learned Spinelli had been arrested, Sam at first snapped into P.I. mode… only to then pull back and let Jason handle the situation on his own. Sam next ran into Alexis, who’d flown out to support her daughter and consider her own odd quadrangle with Finn, Anna and Julian. After Sam counseled her mom to take the journey and not worry about the destination, she took her own advice… and went to help bust Spinelli out of jail! Julian, meanwhile, agreed to be Kim’s date to the upcoming Nurses Ball.

Maxie was furious that Lulu was writing a story about Henrik, considering that Faison’s son would profit from P.K. Sinclair’s book. Hoping to sway Maxie, Peter suggested she read The Severed Branch. Believing he’d never betray her like Lulu had, Maxie agreed. Lulu, meanwhile, teamed up with Valentin, who told Nina he was helping his nemesis find Henrik for her benefit. Then he tracked Peter down and demanded he not only leave Lulu and Maxie alone, but get out of Port Charles, altogether! After refusing his former mentor, Peter simply insisted that he’d control Lulu with misdirection. Soon after, Lulu received an E-mail that was allegedly from Henrik, and Peter suggested she meet with him — alone. 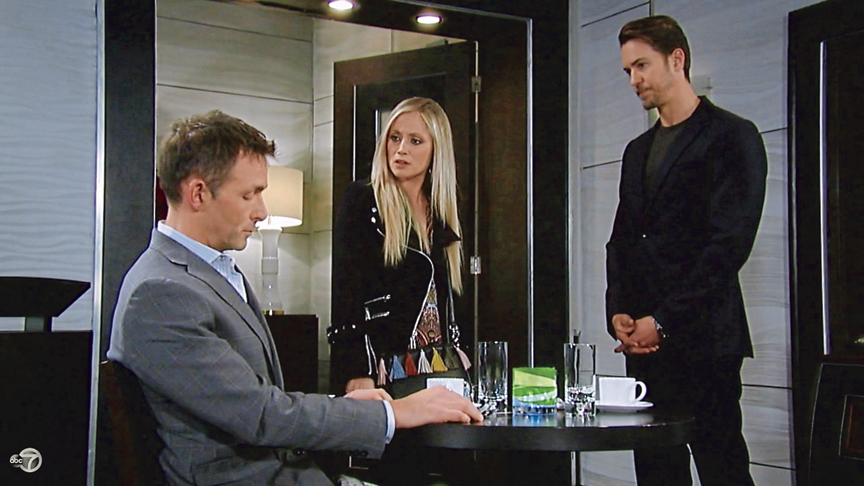 After Maxie mended fences with her sister-in-law and talked about how much Peter meant to her, Nina tried to call Curtis off his investigation. Unfortunately, the P.I.’s curiosity was piqued: Though Peter’s references checked out, he didn’t actually have a single address of residence! After a bit more digging, Curtis determined that Peter was using a stolen identity. Maxie, meanwhile, tricked Nina into having breakfast with Peter, which went south when she grilled him about his history. Once Curtis warned her to be careful, however, Nina invited Peter to dinner. Ava, meanwhile, snapped a photo of Griffin’s DNA test proving Peter was Faison’s son. Unaware the walls were closing in, Peter told Maxie how grateful he was for her and the life he’d found so unexpectedly in Port Charles.

Bensch Made Kiki Doubt Herself

Kiki was horrified to realize the first phase of her shadowing program was with Bensch. Unable to get reassigned, she asked if he’d manipulated the schedule. He in turn made her question her instincts and concern… but she wasn’t wrong about the lecherous doc’s interest! Molly, meanwhile, wondered how Kiki had gotten the gig over T.J., whose grades were higher. While Molly suspected racism, Kiki knew what was really at play and deflected. She tried to use the search for Avery to postpone working with Bensch, but he refused to be put off. When she asked if he was being so harsh because of her rejection, Bensch had the audacity to accuse her of being unprofessional!

Spinelli Back on GH Permanently? — Bradford Anderson Speaks Out!