Once Franco finally told Elizabeth about Andrew, she insisted they tell Jason about his twin. But when they learned about Jason’s business trip to New York, she decided there was no rush, what with Drew being dead and nobody knowing he existed. But after a horrifying nightmare, Franco began checking out the story his mother had told him and couldn’t find any indication that his childhood friend had actually died! Once again keeping Liz in the dark, Franco pushed Betsy, who finally revealed Drew didn’t die — she’d sent him away after Franco pushed him down the stairs!

Ava Gets Her Man!

Upon release from the hospital, Ava ran into Laura, who ripped into her for retracting her testimony against Valentin. Crushed, Ava went to find Kiki at Perks… only to come across a memorial marking the anniversary of Morgan’s death. After being kicked out, she got a message from Spencer which made her feel even worse. Griffin, meanwhile, was contacted by his former parish. With the bishop losing patience and wanting to know whether the on-leave priest ever intended to return, Griffin turned to Ava, who accused him of trying to force her to make the decision for him. He pulled her into a kiss, and they wound up making love! When she later talked about the encounter with Scott, she was so vague about her lover’s identity that he jumped to the wrong conclusion. While Griffin ultimately decided that he had to leave the priesthood, he was still uncertain of how he felt about Ava.

Patient Six Gets a Shock!

Upon realizing that he’d lost five years of his life, Patient Six — who clearly believed himself to be Jason — became more determined than ever to get home to his wife and child. He had to deal with Huxley, but easily turned the tables on the grifter and even got away with his valuables. With Russian heavies and the NYPD on his tail in Manhattan, Patient Six had some close calls, but was able to trade Huxley’s watch for cash at a bar and take off — just moments before Jason and Sam showed up to toast his purchase of Wells Media from Julian. After their own tussle with some Russian baddies, Sam recognized Huxley’s watch and questioned the bartender, but he knew nothing about the schemer. 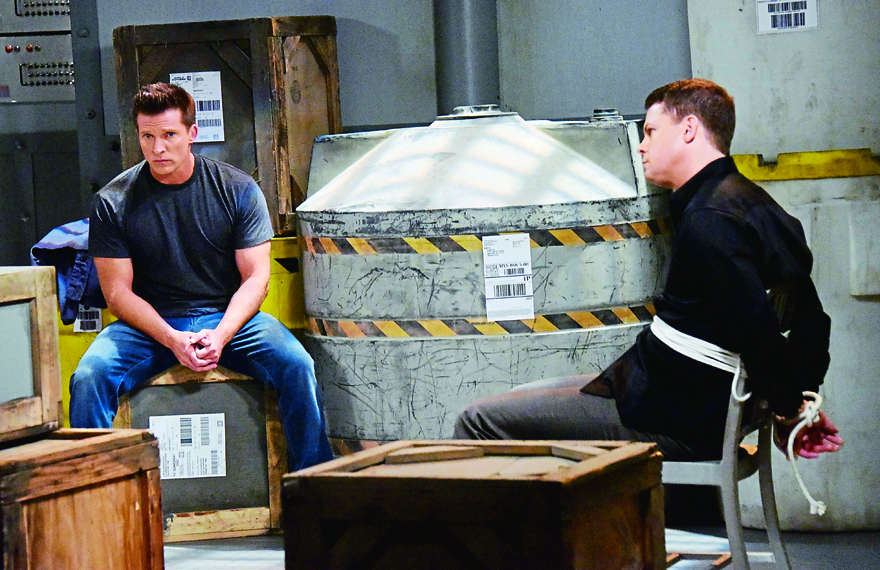 After Sonny and Carly renewed their vows, she moved back into the mansion. As they celebrated that and Wells Media’s change in ownership with Jason and Sam, Patient Six bought a ticket upstate… only to be captured by the Russians. Of course, he escaped and after gathering intel at Sonny’s he went to Sam’s apartment to wait for her. As he was about to reveal himself, Jason returned and Patient Six realized this was Sam’s new husband. Learning that Morgan was dead, he visited the grave… where he ran into Ava. After offering to let him hide out in her penthouse, Ava caught Patient Six up. He was shocked to learn that the man who’d bought Julian’s business was named Jason Morgan! Horrified to realize someone had seemingly taken over his life, Patient Six begged Ava to bring Sonny a note… and she agreed.

When Michael hired Curtis to clear Nelle’s name, the P.I. warned that the young man might not get the results he was hoping for. Nelle made a sizable donation to the foundation established in Morgan’s name, hoping to impress his family. Carly played it cool upon finding out, sure that everything would blow up once Michael asked Nelle where all that money had come from. Instead, he was touched to learn Nelle had sold Zack’s engagement ring! Then Curtis uncovered the fact Nelle was a decent swimmer — meaning she probably could have saved Zack, after all. Despite mounting evidence that Nelle might not be as innocent as she claimed, Michael asked Curtis to drop the case. Curtis, meanwhile, was hopeful about his own family drama after Stella and Jordan found they shared a common connection. 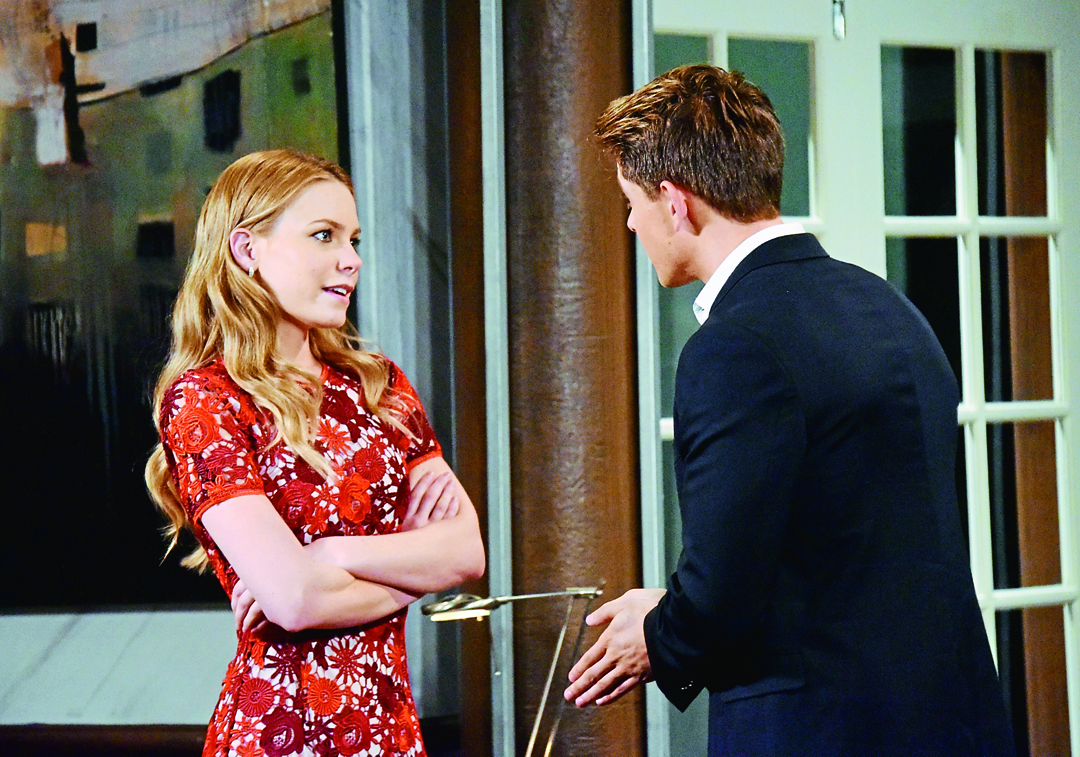 “Also,” said Nelle, “I have a bridge in Brooklyn that I think might be a great investment for ELQ!” (Photo Credit: XJJohnson/jpistudios.com)

Kristina and Parker finally enjoyed their first real date. By the time Alexis confronted her daughter about dropping out of school, the professor had been fired for the relationship. Though Alexis wasn’t behind Parker’s dismissal, she also wasn’t upset over it… until Kristina revealed she was moving to Oregon with her girlfriend! When Sonny suggested that Kristina was an adult who had to learn her own lessons, Alexis turned to Dr. Bensch for comfort. After Krissy took off, a worried Alexis was thrilled to hear about the Wells Media purchase, suggesting that Jason and Sam’s good news called for a party.

After arriving in Port Charles for treatment, Cassandra assumed Anna and Finn were lovers. Anna did nothing to correct Cassandra’s impression, leading Felicia and Mac to tell Robin that her mom had a new beau! Shortly after Valentin warned Nina against bringing scandal to the family, she spotted him being kissed by Cassandra!

Faced with a project that involved researching his family tree, Oscar and Josslyn tried to uncover his father’s identity. Unfortunately, his mom refused to share the info! After the kids got a few tips on using the Internet as a tool, Carly let them use her credit card to purchase access to a site that would help them research. While they gathered some new information about Oscar’s mom, his dad remained a mystery. They decided to go search Oscar’s house while his mom was out, but Carly caught the teens in a lie, so they had to play along and postpone their spy work. 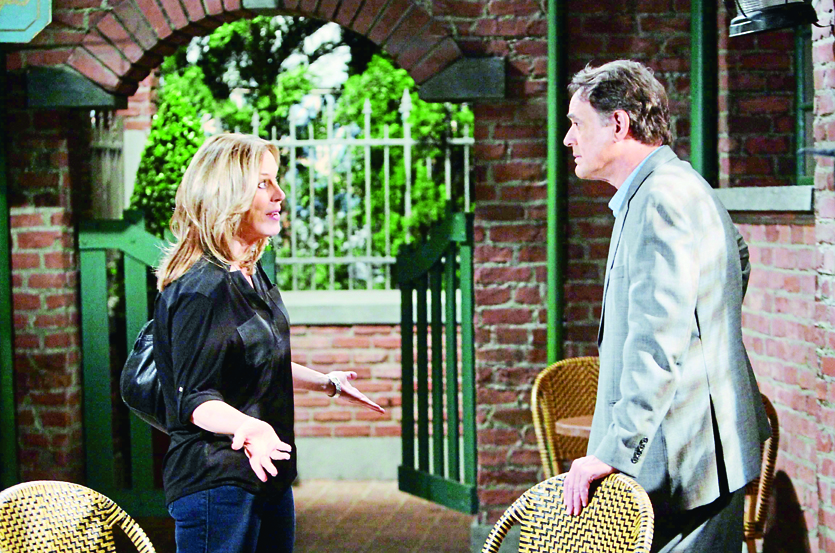 When Kevin asked Laura to marry him, she was touched… but wanted a big, romantic proposal. As a result, he agreed to blow her away with a grand gesture when she least expected it. Dillon and Kiki said they loved each other, but only after he got jealous of Bensch again. Maxie and Nathan weren’t faring as well romantically thanks to his Man Landers responsibilities taking over their life.

Lexi Ainsworth and Ashley Jones Reportedly Out at GH