Fans of GENERAL HOSPITAL were upset when Robert Palmer Watkins was bumped to recurring status with the soap, and still hope to see more of Dillon in the future. And the actor has made no secret of the fact that he would love to keep bringing the Quartermaine heir to life. In fact, he admitted to Soaps In Depth that on his first day at the GH set, all he could think was, “Wow… am I really here?”

Watkins also recalled a difficult day on set where he struggled to remember his lines and the legendary Jane Elliot (ex-Tracy) came to his rescue. “I think it was a day where I was saying the same thing [a lot of times] in different ways and I had chunks of monologue,” he confessed. “I started freaking out, and the more I was freaking out, the more I was forgetting my lines. Jane Elliot was like, ‘Take a breath. It happens to everybody.’ She was amazing, but that’s always embarrassing. You know you’re holding everybody up.” 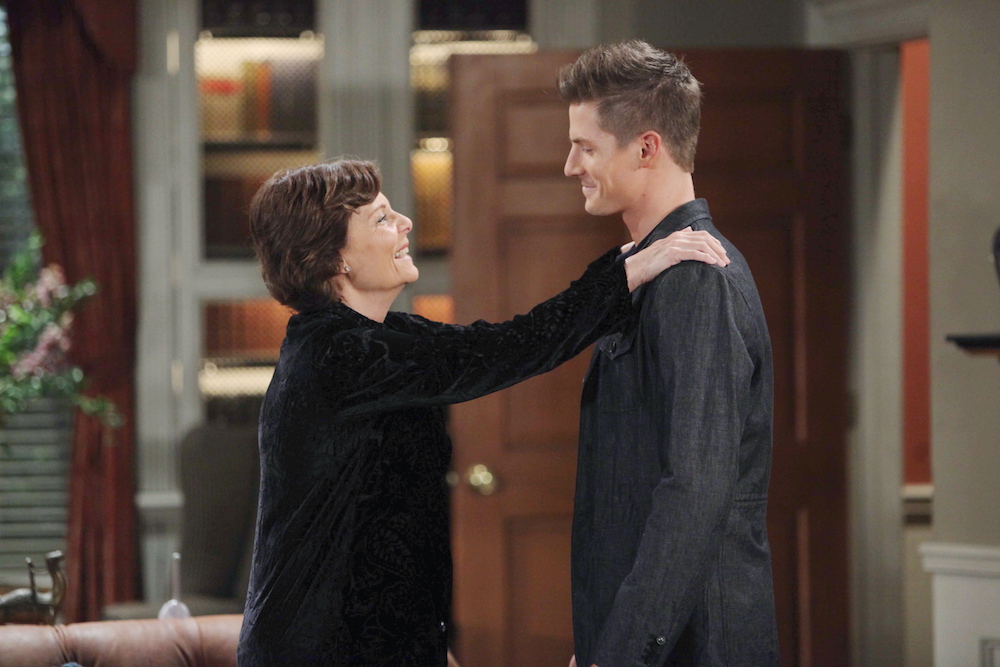 While he loves working on the Quartermaine mansion set because “there’s so much history in those rooms,” Watkins loves that multiple sets are set up on the stage at any given time. “THere’s the hospital, the kitchen, some apartment room,” he marveled. When we get to the stage to do our scenes, they’re usually finishing up on another set with other actors. So I’ll go hang out on the hospital bench or go to Nina’s apartment.”

Although Dillon isn’t seen as frequently in Port Charles these days, the actor is hopeful that he will continue to get the opportunity to continue to explore his character’s many facets and try new things. “Like that day they had me punch Scotty!” he exclaimed. “It was cool, because I want Dillon to have a little more edge, and it’s nice to see that Quartermaine side. Anytime they give me something where Dillon isn’t just the nicest guy in the world, I’m like, ‘Hell yeah!’”

Hopefully the writers and producers will continue to give Watkins juicy scenes so he can keep delivering great performances for the viewers! For more on your favorite GH stars, keep reading the ABC edition of Soaps In Depth magazine.