When Ryan Paevey took to social media to live tweet along with the Jan. 30 episode of GENERAL HOSPITAL when Nathan tragically passed away, he kicked things off by answering the one question that he knew all the fans had on their minds. “Okay guys, so to get this one out of the way early,” he tweeted, “for now, yes, Nathan West will be gone.” This, of course, has led to all kinds of crazy fan theories that Nathan’s death was faked and Obrecht has hidden him away somewhere, because soap death isn’t particularly permanent. But for now, Nathan is dead, and Paevey took the opportunity to tweet with the fans as a way of saying goodbye.

Fans cried buckets of tears watching Nathan’s final scenes with his loved ones, and Paevey revealed that it was the same on set. “We all cried,” he said. “It really felt like a goodbye. After four-plus years, your relationship with people goes beyond just dialogue on a set.” And in fact, those final scenes were extremely difficult for him to do, even though it involved just lying still! “You have no idea how hard it is not to move at all, or even breathe,” Paevey admitted, “when people are giving such amazing performances literally right on top of you!”

And while viewers were shocked when Nathan fell to Faison’s bullet, Paevey confessed that he was impressed with the way GH killed his character off. “Obviously it was sad,” he said, “but God, it was such good stuff. I was honored. So many people were drawn into this story, and their performances were so powerful.” 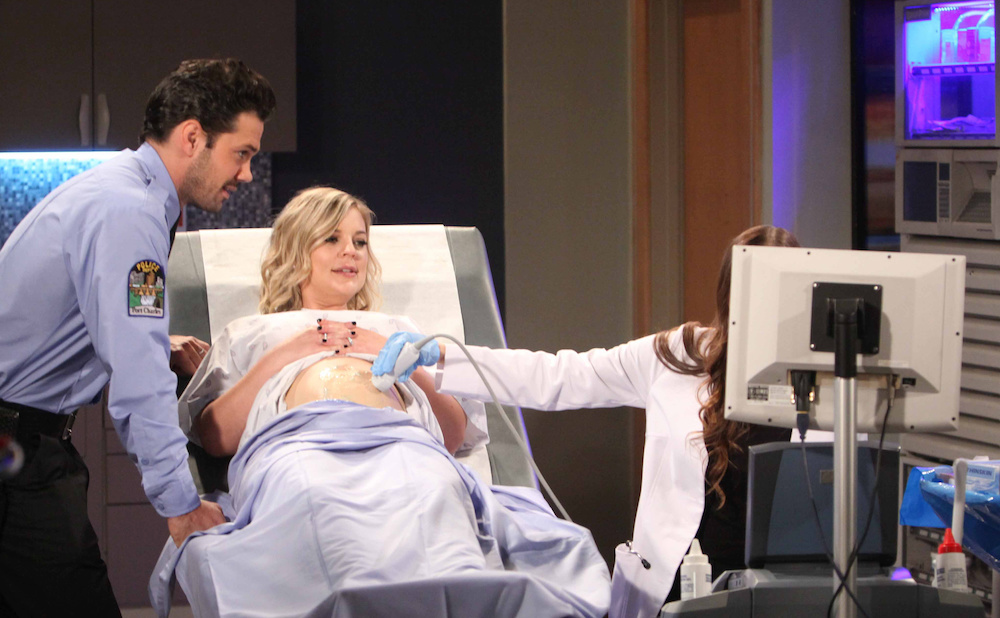 Tragically, Nathan left Maxie to be a single mother to their baby. (Photo Credit: Howard Wise/jpistudios.com)

With Nathan leaving behind a pregnant Maxie, Paevey knows how he would like the story to unfold, although only time will tell if the GH writers agree! “Truthfully, I’d love to see Spinelli help Maxie through all this,” he mused, “with Dante as our child’s godfather. And of course, I couldn’t ask for a better support group with Nina, Obrecht, and Lulu as well.”

Paevey admitted that he has no idea what’s next for him in his immediate future, although he plans to continue crafting his gorgeous homemade jewelry and pursue other acting opportunities, including a sequel to his hit movie Unleashing Mr. Darcy. “Pretty sure Marrying Mr. Darcy on Hallmark Channel will happen this summer,” he reported, “but beyond that, I’m gonna see if I can’t align myself with some action movie stuff.”

Prom posing with this one last night at the #TCA16 for @hallmarkchannel and #unleashingmrdarcy . Great night! 😊

But the fan favorite still offered some hope for the possible return of Detective West down the road, even though he’s dead. (Because a creative writing team can always figure a way around that particular obstacle!) “There’s no plans as of yet,” Paevey assured viewers. “For now, the departure is permanent. But who knows what the future may hold? At the very least, there’s always dreams, right?”

Bryan Craig Says a Return to GH “Is Not Impossible”