As the sexual harassment allegations against Harvey Weinstein continue to rock the Hollywood community, many actors and actresses are coming forward to share their own experiences of encountering this kind of behavior in the industry. Daytime alum Sarah Joy Brown has taken to social media to share her story, although in her case, she didn’t roll over and allow the abuse to happen. “I reported a director who assaulted me several years ago,” she tweeted. “My representative advised me it was best not to make trouble if I wanted to work.”

Brown is best known to soap fans for her work as Carly and Claudia on GENERAL HOSPITAL, Julia on AS THE WORLD TURNS, Agnes on THE BOLD & THE BEAUTIFUL, and Madison on DAYS OF OUR LIVES, but her career began back in the mid-‘90s when she got her big break on the kids sci-fi series V.R. TROOPERS. So over the past two decades, she has had plenty of experiences in show business, both good and bad and didn’t want to remain silent as other voices spoke up about harassment in Hollywood. 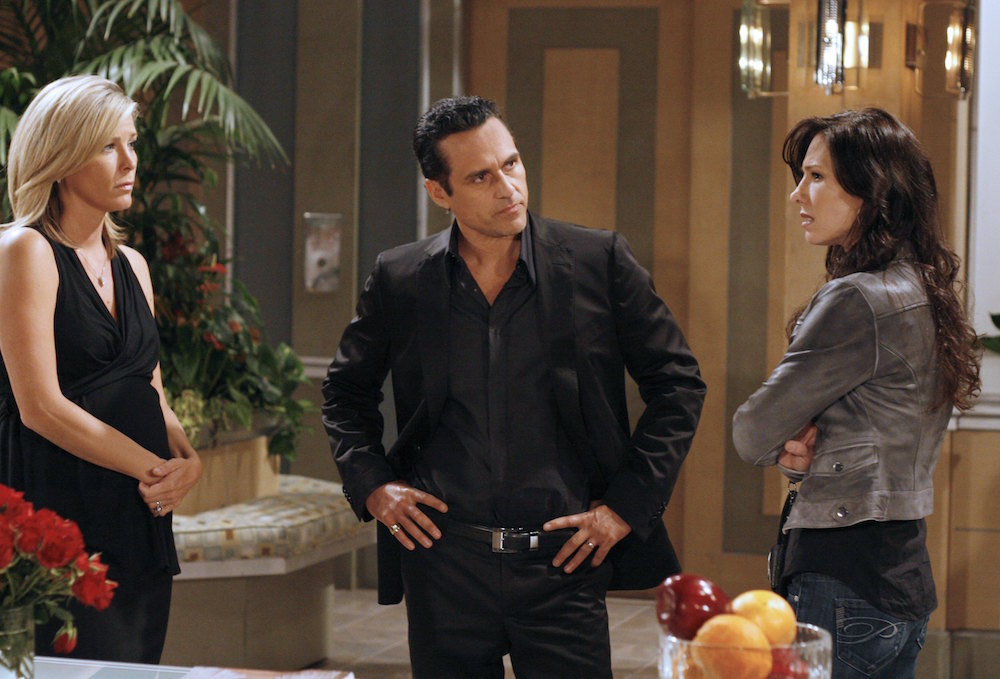 After playing Carly for years, Brown returned to GH in the new role of Claudia Zaccharra in 2008. (Photo Credit: Alice Hall/ABC via Getty Images)

“It’s extraordinary to me that one man could have such a silencing effect on such a powerful group of people,” Brown marveled. “So many women just want to work. I’d like to add my voice of encouragement to all the women and men standing up against this inexcusable behavior. Having had experiences in line with other women who are working in/for Hollywood, I appreciate the need for a safe environment for all. Seems to me there should be a place that is run by women for women in entertainment to report these abuses without fear.”

Former Disney CEO and Paramount president Michael Eisner spoke out against Weinstein calling him “an incorrigible bully” and adding that he “had no idea he was capable of these horrible actions.” And after a freelance journalist suggested Eisner investigate deeper into his companies because Weinstein isn’t the only guilty party, Brown agreed. “Yes, please,” she tweeted. “I’d like to personally tell you what I’ve seen at Disney and ABC if you’re prepared to fix it!”

Although GH is a Disney/ABC production, Brown has not specifically mentioned if the harassment she has witnessed happened during her time on the soap. She has appeared in numerous primetime series and films, so it’s possible that the incidents occurred during those auditions or productions. But hopefully bringing this deplorable behavior out of the shadows and into the light can help bring about permanent change to the way things are run in show business.