Shock follows shock in these spoilers from the next GENERAL HOSPITAL!

Dante approaches Valentin at the Metro Court to ask about the accusation that Anna broke into his home. “I never filed a complaint,” Valentin admits. At the opposite end of the table, Nina stops applying her makeup to casually reveal, “I did.”

Discussing the future of General Hospital while sitting at the restaurant, Laura asks Alexis, “Are you saying there could be a different outcome?” And in a conference room at the hospital, Lucy sadly informs Tracy, “It breaks my heart, but GH dies today.” Is there anything anyone can do to save the venerable institution?

Realizing that Finn is still desperately addicted to Zen-Zen, Hayden declares, “You need help, and I’m gonna get it for you.” But first, she’s going to have to get Finn to admit that he has a problem, which is the real first step towards recovery. And that might not be as easy as she thinks! 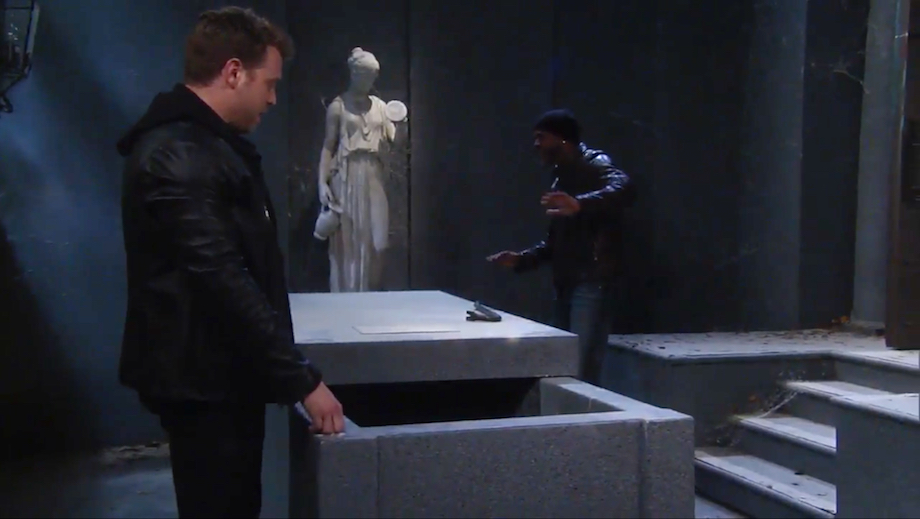 MUST SEE: Finola Hughes Opens up About Anna’s Diagnosis and What it Means for Her Future

Investigating whether Olivia Jerome is really dead, Jason and Curtis search the family crypt. Curtis keeps his distance, asking, “Well, is she there?” Standing over the stone coffin with the lid shifted aside, Jason suggests he come take a look. What is really in there if it’s not Olivia?

As Anna sleeps comfortably in her hospital room, she doesn’t hear the creaking of the door as a mysterious figure wielding a knife slowly creeps into her room! Who is after her now?

Does Anna have a stalker? Today’s #GH is coming up soon on ABC! pic.twitter.com/o7Ud2tgtn3