There are rocky roads ahead in these spoilers from GENERAL HOSPITAL!

Ned and Olivia’s wedding day is approaching, and fast, but Dillon is concerned there could be trouble on the horizon. “Ned, are you getting cold feet?” he asks. Obviously, Ned still wants to marry the woman he loves, so what else could be bothering him? Olivia pays a visit to Nina in her office at Crimson and is stunned to find the editor in chief crying at her desk. “Honey, what’s the matter?” she wonders. But Nina just throws up her hands and waves her off, as though she doesn’t want to get into it.

MUST SEE: Kirsten Storms and Ryan Paevey Preview What’s Next for Maxie and Nathan! 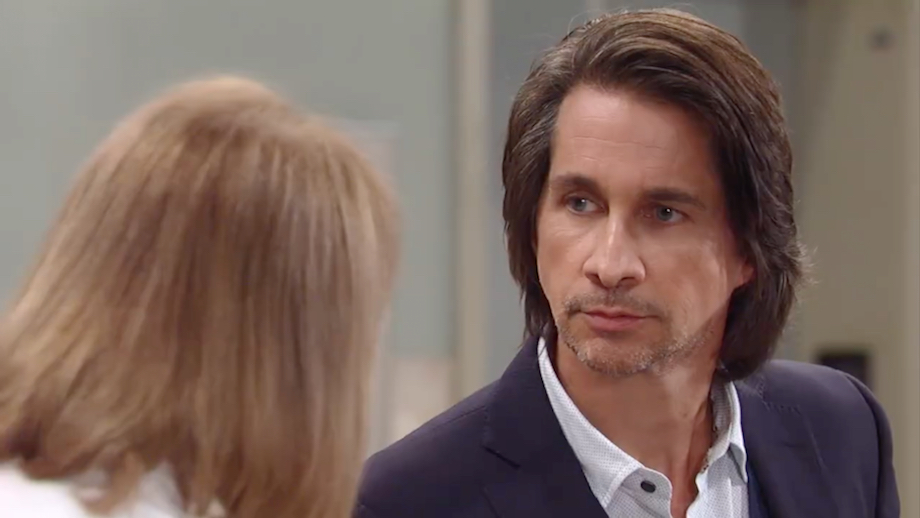 Over at the hospital, Finn is convinced that they’re on the verge of exposing Obrecht’s plot to destroy his career, but Monica reminds: “You’re not out of the woods yet!” Because their crazy scheme to use Curtis to go undercover as an IT guy to get evidence proving Obrecht has been tampering with Finn’s drug tests has hit a major snag! “Name and business here!” Obrecht angrily shouts at Curtis, who just looks nervous (which may be part of his undercover character or a natural reaction to Dr. O!).

We haven’t seen Michael and Nelle since their date night turned into a night cap which turned into a night of passion. The pair finally come up for air today, but how long can their happiness really last when nobody else in Port Charles approves of their relationship? And Andre has a proposal for Anna. “You wanna do this?” he asks her. What does he have in mind?

Kirsten Storms Reveals When She’ll be Back on Screen on GH!