Things are not what they seem in these GENERAL HOSPITAL spoilers. Sam wants the truth from Curtis, Robert and Valentin have a confrontation, Sonny gets bad news about Mike, and Anna makes an emotional confession!

As Nelle ramped up her scheme to gaslight Carly with memories of Morgan, Ava was actually trying to talk her down off the ledge before she goes to far. But now that she has decided she’s the only one who can keep Avery safe, Ava is out for blood! “Sonny might get a little payback,” she growls to her partner-in-crime.

In his art room at the hospital, Franco continues to open up to Kevin about his painful past. “Jim Harvey got a pass because I was too scared to do anything,” he admits. Can Kevin convince Franco that he’s not to blame in any way for what Harvey did to him when he was younger?

When Sam caught Curtis snooping through Peter’s office at Aurora Media, she was immediately suspicious. “Is there something about Peter we don’t know?” she asks him. Will Curtis fill Sam in on Nina’s suspicions? She would certainly be a big help with the investigation! 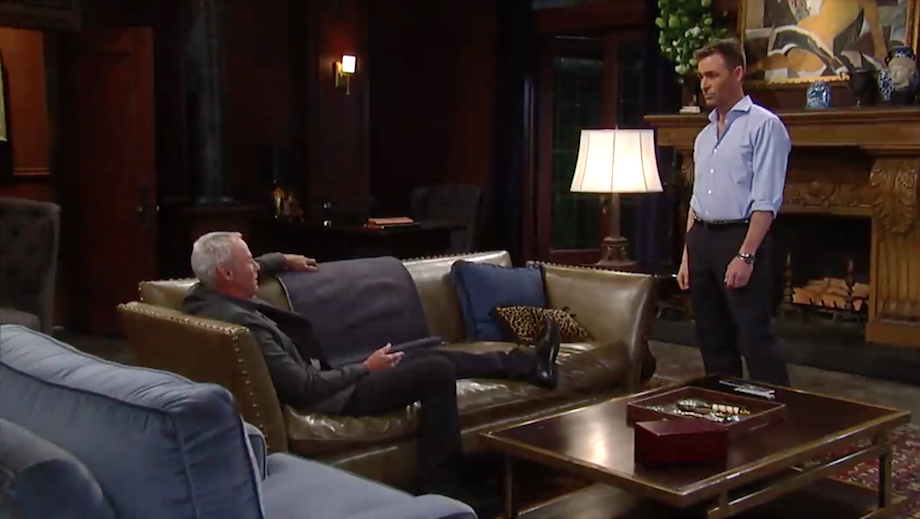 Valentin was startled when Robert appeared on his doorstep at Wyndemere, and Scorpio invites himself in and makes himself at home, reclining on the couch and putting his feet up. “Makes you feel like we’re old friends, doesn’t it?” he says with a little laugh. But Valentin does NOT look pleased to see him.

At the police station, Diane has some unfortunately bad news for Sonny. “Mike might not be going home with you tonight,” she reports. Is there anything Sonny can do to get his father out of jail? Surely he can find a way to persuade Ava to drop the kidnapping charges against the ailing Mike…

Sitting at a table at Kelly’s with Finn, who just had his own encounter with her ex, Robert, Anna opens up to the doc. “I’m not the person everybody believes I am,” she admits with tears welling up in her eyes. Does she trust Finn enough to confide in him? And what, exactly, might she confess?

How Emme Rylan Broke Her Foot!

We Predict the Winners of the 2018 Daytime Emmy Awards