It’s time for some fresh starts in these spoilers from GENERAL HOSPITAL, but for some, the past is inescapable! Britt continues to catch up with old friends, Cassandra makes a play for Finn, Michael and Nelle have very different reactions to her pregnancy announcement, and Anna is haunted by the ghost of Cesar Faison!

After being interrogated by Sonny and Jason, Britt offered to turn herself into the cops. And now, dressed in prison blues and sitting in the interrogation room, she jumps to her feet when she sees a familiar face. “It’s so good to see you!” she exclaims. But will this person be as happy to see her?

Finn continues his plan to get close to Cassandra, but she may have more in mind than just drinks. “To our mutual interests,” she declares, offering a toast. Is Finn in way over his head? And can Anna keep him out of trouble?

At Kelly’s, Lulu is having a bite to eat with her mother and updating her on her new career in journalism. “I am ready to take on a new challenge of my own,” Laura announces. What could she have planned? 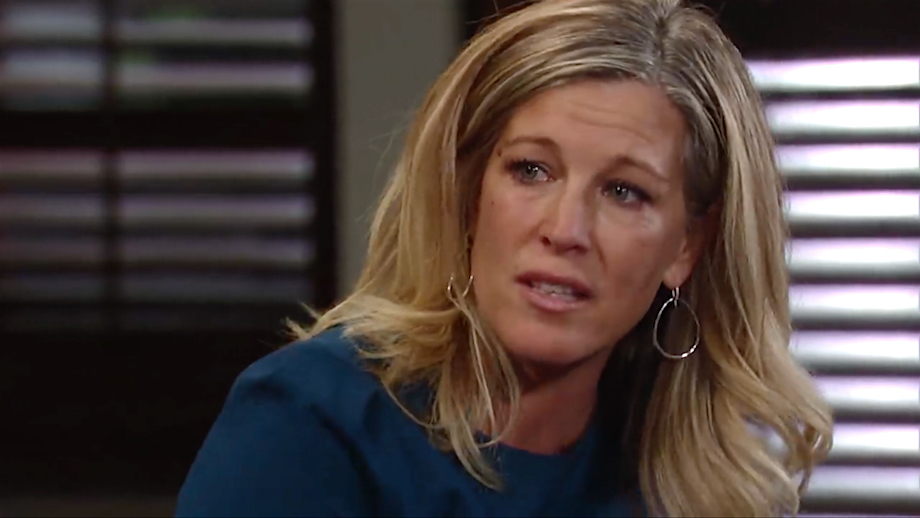 Michael pops by the police station to inform a surprised Dante that Nelle is claiming to be pregnant. And over at the Metro Court, Nelle twists the knife a little with Nina by announcing: “I think Michael and I are gonna be looking for a nanny soon.” And at home, Carly grows angry as she fills Bobbie in on Nelle’s latest scheme. “She’s gonna use this baby to get whatever she wants!” Carly complains.

Sonny sits down with Anna to update her on what he and Jason learned from Britt about Faison’s recent actions and whereabouts, including the manuscript they found burned in the fireplace. “It’s starting again,” Anna whispers, her voice tinged with fear. Cesar Faison has always been obsessed with Anna, and if he’s a part of this new mystery, she could find herself in danger all over again!

Bradford Anderson and Steve Burton Show They’re BFF’s Off-Screen as Well as On!