Carly’s trial kicks off in these GENERAL HOSPITAL spoilers, and things are already getting ugly! Bobbie starts name-calling, Josslyn is called to testify, and Carly makes her feelings for Nelle crystal clear! Elsewhere in Port Charles, Franco and Liz continue their march towards the altar, and Griffin’s apology to Ava could lead to a confession.

Liz may be on duty at the hospital, but she still has time to chat with her fiancé about their upcoming wedding. And Franco’s giving the bride-to-be a preview of his vows! “I’m gonna promise to love and protect you forever,” he declares.

As Carly’s trial begins, everyone takes sides in the matter. “I don’t believe a word that comes out of Nelle’s mouth,” Lulu admits to Dante. And on the stand, Bobbie tells the D.A. exactly what she thinks of Nelle Benson. “Nelle is a parasite!” the nurse shouts.

Kiki has been telling more and more people about Dr. Bensch’s sexual harassment, and now has joined forces with Alexis to see if they can bolster her case by finding other victims who may have fallen prey to the sleazy doc. “I need your help,” Kiki declares to someone. But will she get it? 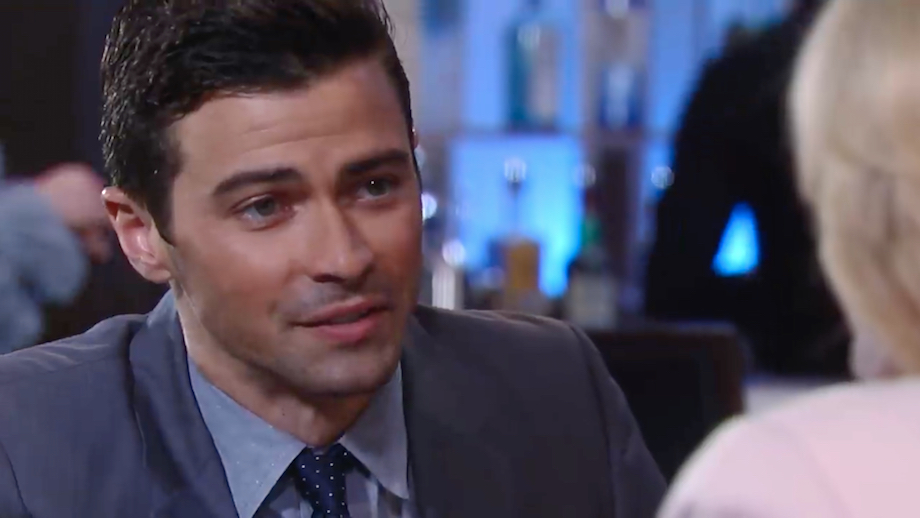 Would Griffin confess to sleeping with Kiki? (Photo Credit: ABC)

Speaking of Kiki, Ava tries to smooth things over with Griffin, who admits: “You’re not the only one who made mistakes that night.” He couldn’t possibly be considering coming clean about sleeping with Kiki after the Nurses Ball, could he?

In court, D.A. Dawson summons her next witness for the prosecution. “The state calls Josslyn Jacks to the stand,” Margaux announces. Joss squirms in her chair — the teen has been taking Nelle’s side throughout this ordeal, but will she really testify against her mother in court? And during a break in the testimony, Carly angrily confronts her accuser. “You did this,” Carly yells. “You did it!” But will this outburst help or hurt her case?

Do not miss this tease for today’s thrilling episode, and for more GH previews, keep reading the ABC edition of Soaps In Depth magazine!

Marc Anthony Samuel Is “Really Happy to Be Back” on GH