Patient Six has made his grand entrance, and in these spoilers from GENERAL HOSPITAL, some people are having a hard time believing what they’re seeing! But as Jason races to save Sam, he’s got competition… from the other Jason!

At the hospital, Ava is still reeling from watching the man she helped escape from the Russian clinic make a shocking public appearance in Port Charles. “Our friend from Russia comes crashing through the skylight,” she marvels, wondering what’s really going on and who he is.

Dressed up as Daenerys Targaryen and Jon Snow from GAME OF THRONES for a Halloween party, Josslyn’s mood turns sour when Oscar puts the kibosh on her plans. “Why don’t you want me to meet your mom?” she asks him. What is Oscar afraid of his girlfriend finding out? 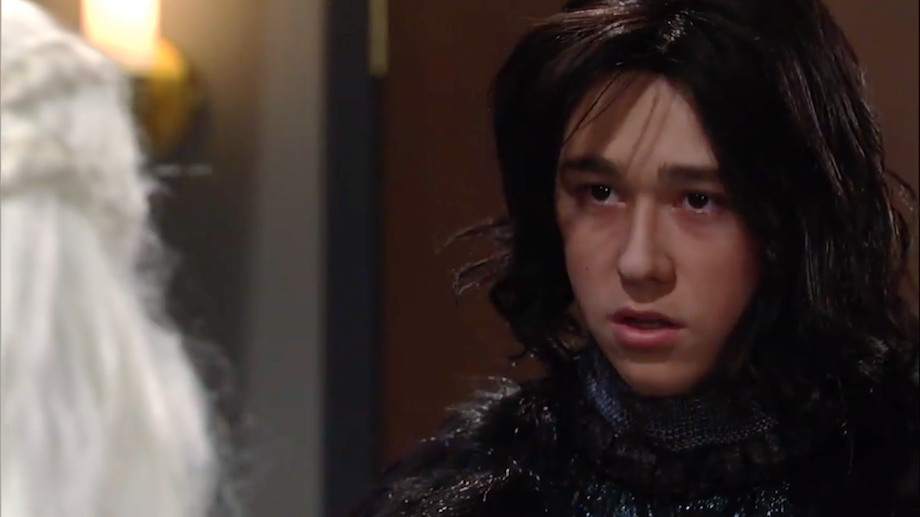 In the hallway of the hospital, Andre gets an unwanted phone call while in Liz’s room, Monica updates her on the latest shocking events as Franco watches from the doorway. “Some lunatic abducted Sam,” she reports. Of course, Monica is leaving out the part about the guy with Jason’s old face! And as Jason storms out of the hospital, Jordan demands to know where he’s going. “I’m going to find my wife!” he announces. However, down at the docks, a drugged Sam has been pushed into the waters, and Patient Six has jumped in to save her!

Meanwhile, back at their home, Carly refuses to believe what Sonny has already accepted to be the truth — that the real Jason Morgan is back in their lives. “Whoever this guy is,” Carly shouts, “he’s not Jason!” Can Sonny convince her she’s wrong, or will the mysterious Patient Six have to do it himself?

Don’t miss this tease for today’s exciting episode, and for more GH previews, keep reading the ABC edition of Soaps In Depth!