The people of Port Charles have a lot to be thankful for in these spoilers from GENERAL HOSPITAL, even if some of them don’t even realize it. Jason wants to build a future for his family, but he’s still waiting for answers about who he really is, Ava may have found herself the perfect man, and Carly actually admits to making a mistake!

Alexis pops by Sam’s apartment to check on how her daughter is dealing with having two Jasons in her life. “Jason is determined to make something lasting for our family,” she tells her mom. But the problem is that Sam doesn’t look like she’s on the same page as her husband. Which of the two men claiming to be Jason will she choose to spend her life with?

It looks like Alexis’ plan to light a fire under Nora to get Olivia to help exonerate Julian may have worked because the attorney is holding a press conference in her Llanview office. “My name is Nora Buchanan,” she tells the assembled reporters, “and I am the attorney on record for Olivia Jerome.” But what does she have to announce? 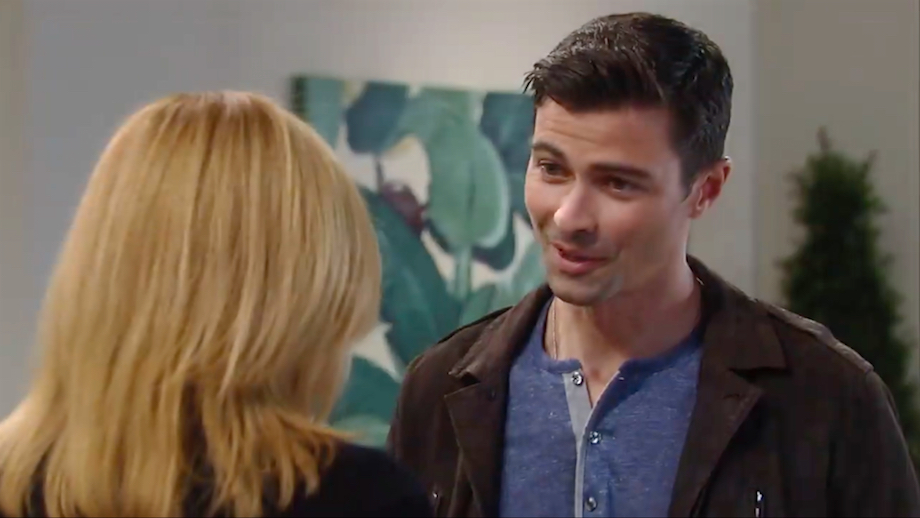 Ava still can’t believe anything good can happen to her. (Photo Credit: ABC)

Ava has been struggling with her new relationship with Griffin, desperately wanting to restore her face to its original beauty for him. But all along he has insisted that he doesn’t care about her scars, and simply wants to be with her. “I’m not going anywhere,” Griffin assures her. But can Ava actually bring herself to believe that?

Even as Liz tries to promise Jason: “The answers are on their way,” Patient Six has a lot to be grateful for this Thanksgiving. “I’m thankful to be home,” he tells Sonny. And inside, Carly informs Robin: “We made a terrible mistake.” But will they all just turn their backs on the man who they loved as Jason for years? Or might there be room in Port Charles for both Jason and Andrew once the truth is revealed?