Secrets are being kept, and some of them could be deadly in these GENERAL HOSPITAL spoilers! Franco is terrified to explore his past, Jason is convinced Anna is holding back, and Nelle’s scheme to turn Carly’s life upside down seems to already be working.

In his art therapy room at the hospital, Franco seems to be having second thoughts about agreeing to Kevin’s suggestion he undergo hypnotherapy to recover his lost childhood memories. “What if I find out something that I don’t wanna find out?” he asks the doc. Can Kevin convince Franco that facing the past is the only way to bury it once and for all? 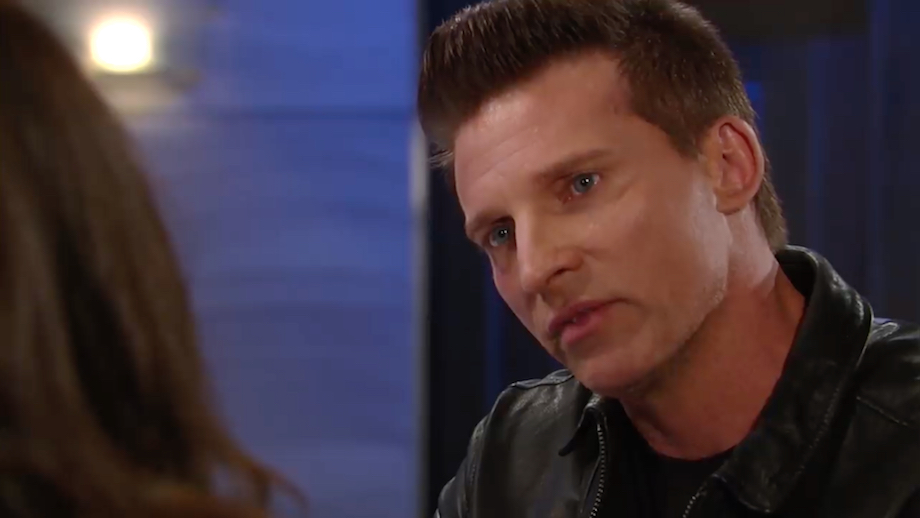 Will Anna tell Jason what he needs to know? (Photo Credit: ABC)

Looking for the truth about why he was kept a prisoner for years, Jason continues his investigation into Faison’s death. And having been told Anna was the one who signed for the villain’s belongings after he expired, he confronts the spy. “I need to know if you’re keeping something from me about the night Faison died,” Jason demands. And as Anna tries to keep her own secrets, Peter begs Griffin not to expose that he’s really Henrik Faison. “You say you’re not dangerous,” Griffin suggests. “Prove it.” But how does he suggest Peter prove he’s not following in his father’s evil footsteps?

Knowing how schemes can backfire, Ava tries again to urge Nelle to give up her vendetta, but her pleas are falling on deaf ears. “There’s no way I can back off Carly,” Nelle insists. And at the Metro Court, Carly fills her mother in on seeing Morgan’s bloody scarf appear and disappear, promising that she’s not imagining things. “Someone put that scarf in my office,” Carly protests, “and then they took it away.” But can Carly figure out who is behind the incidents before they get worse and she actually begins to doubt her own sanity?

At home, Sonny struggles to deal with his father’s Alzheimer’s as Mike’s memories come and go. Seeing how the stress is causing Sonny to reach his breaking point, Michael tries to step in, but Sonny snaps: “Your parents are dead!” Mike’s face falls as the memories come flooding back to him. Will Sonny be able to continue caring for his ailing father, or is it going to be too much for him to handle?

Brooklyn Rae Silzer Is Bringing Emma Back to GH Again

Emme Rylan Is Enjoying Her Family Vacation Despite Her Fractured Foot!