People are keeping secrets, but in these GENERAL HOSPITAL spoilers, some of them are going to come out! Kiki confides to Griffin about Ava’s past, Nathan and Maxie confront Obrecht while Sonny wants to talk to her, too, and Carly warns Sam not to hurt Drew!

Griffin has been dating her mother, but it’s working alongside Kiki at the hospital that has brought them closer together. And while at work, Kiki decides to let Griffin in on some of Ava’s past, including how she stole her boyfriend! “My mom wanted Morgan for herself,” she confides. But Ava has problems of her own over at the art gallery where Nelle questions why she hired her. “I’m not even qualified to work in this gallery,” she reminds. What does Ava have planned for the little schemer?

Over at Charlie’s, Maxie and Nathan both sit down with Obrecht in an attempt to get to the truth about who Nathan’s father really is. And when Obrecht tries to question their motives, Maxie angrily replies, “The only person with motives here is you.” The truth about Nathan’s father is going to come out sooner or later, and whether Obrecht likes it or not! 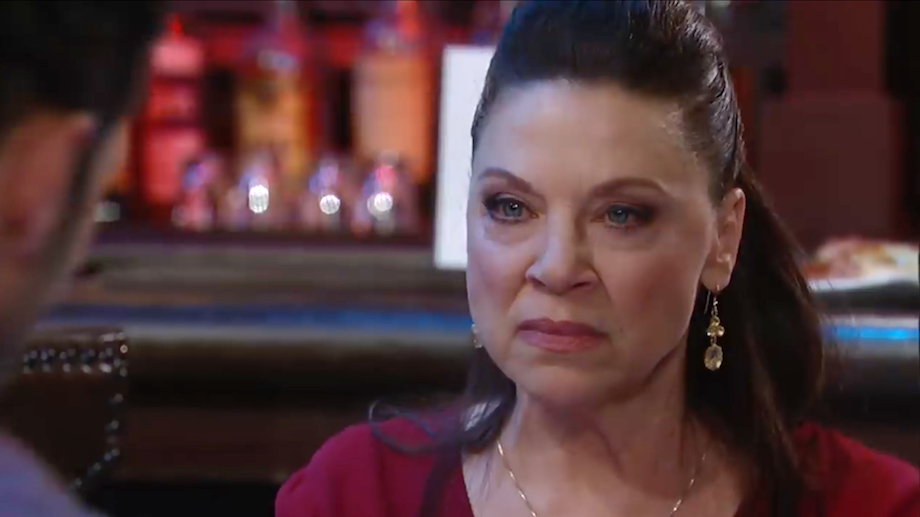 Maxie and Nathan want answers, but will Obrecht give them any? (Photo Credit: ABC)

After Spinelli told them about the manuscript that would seem to indicate that Cesar Faison could have a son, Sonny and Jason are more determined than ever to track down the villain and they know just where to start looking for answers. “If Obrecht knows how to contact Faison,” Sonny suggests, “she may know more.”

After Sam confides her plans, Carly warns her friend, “Don’t do that to Drew.” And at that moment, Sam’s eyes dart over to the door where Drew enters and asks, “Don’t do what to me?” Could Sam be reconsidering her decision to stand by Drew so she can reunite with Jason?

Yep, That Was Greg Evigan Guest-Starring in a Recent Episode of GH!

Kimberly McCullough Reveals How She Was Almost Fired from GH

See How the Stars of GH Rang in the New Year