As Port Charles gathers on the Fourth of July, the fireworks aren’t just in the sky in these GENERAL HOSPITAL spoilers! Griffin and Kiki’s secret is out, Julian may be getting a little overconfident, Sonny struggles to keep control, and Chase enlists Michael in a shocking plan!

The guilt about cheating on Ava with her own daughter has been eating Griffin alive, and he wants to do something about it. “We should tell her that we slept together,” he insists to Kiki. For her part, she looks horrified at the very idea, but the choice may be taken out of their hands because Scotty overhears them from nearby! Will he rush to Ava with the awful truth? 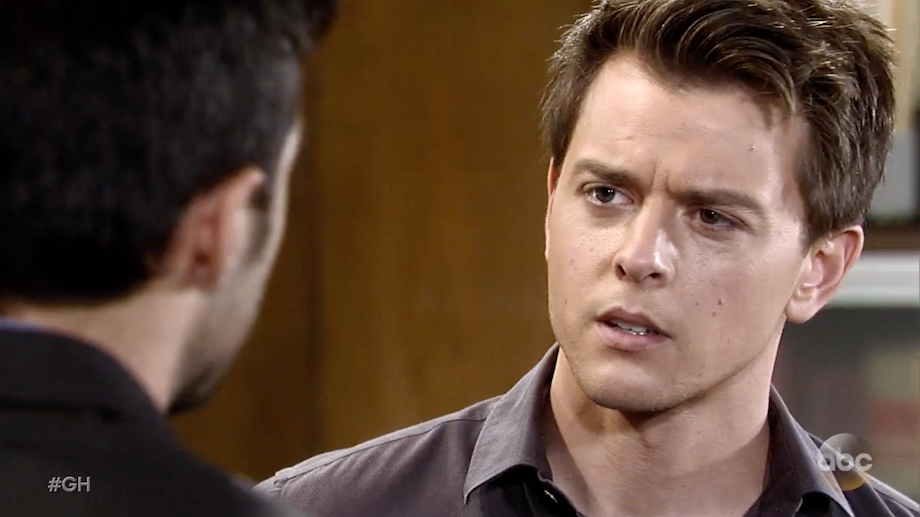 Michael has his own plan to take down Nelle, which has involved convincing her that he still wants to be with her and even become her husband. But Chase is also trying to dig up the truth about the schemer, and thinks he knows the perfect way to expose her crimes. “You need to die,” he informs Michael. How far will they go to bring Nelle to justice?

Julian is feeing pretty comfortable in his new role as legitimate businessman owning Charlie’s Pub. Sitting at a table with a smiling Kim, he boasts: “I think I can handle whatever’s buried in these walls.” But when Sonny informs Jason: “There’s another fire I gotta put out,” is he talking about Carly, or could it be something to do with Mike’s memories of Charlie from back in the day?

Check out this tease for the drama to come and for more GH previews, keep reading the ABC edition of Soaps In Depth magazine!

"I think I can handle whatever's buried in these walls." #GH55 pic.twitter.com/yOUkVcpwFB

Patricia Bethune Would Love to Stay on GH as Mary Pat