Faison is back in Port Charles and no one is safe in these GENERAL HOSPITAL spoilers! Nathan wants to make the first move, but could that be a deadly mistake? And is even Obrecht herself safe from the madman? Meanwhile, Ned is confident he’s got a lock on becoming mayor, but there may still be an obstacle in his way!

T.J. and Molly have been having no end of trouble with their landlord, but thankfully, his mom his the police commissioner! “I will come down on those clowns like a ton of bricks,” Jordan promises. And as Ned confidently boasts to Olivia, “Your husband will be the next mayor,” Alexis may be considering Laura’s suggestion that she run for office in her place! At Charlie’s Pub, Julian warns Alexis and Molly: “We’re at war. And this neighborhood is fighting for its life.” Might Alexis be inspired to run for mayor and make a difference? 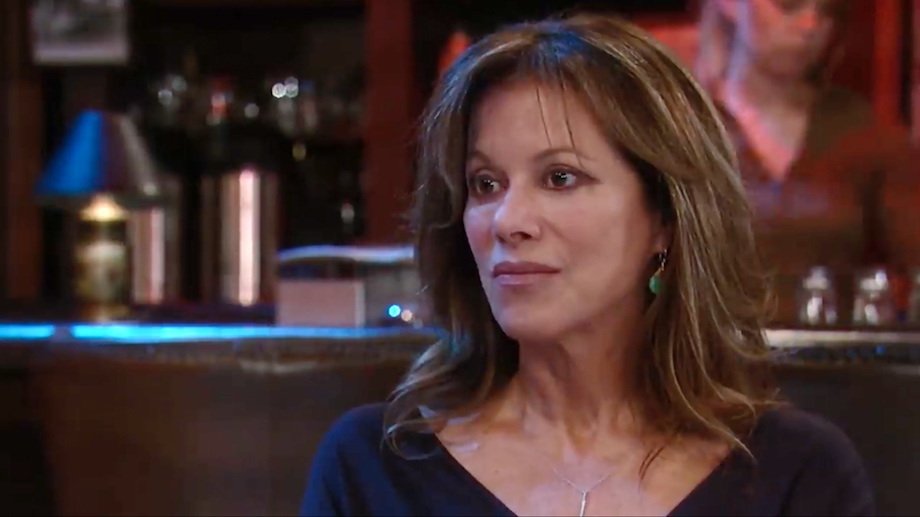 Mayor Alexis Davis… has a nice ring to it! (Photo Credit: ABC)

Lulu strides confidently into Peter’s office at Aurora Media with a new plan. “I’m making my pitch directly to you,” she announces. What does she have in mind this time? And can it fix the damage she did with her article about Nathan’s connection to Faison? Or will it just make things worse?

As everyone waits for Faison to be lured out of hiding, Nathan is sick of twiddling his thumbs. “I’ll be damned if we’re gonna wait for Faison to make the first move,” he declares to Dante and Anna. Unfortunately, the villain has already made his first move! After knocking Obrecht unconscious, he dumped her in a barn and waited. When she regains consciousness, Obrecht is absolutely horrified to see Faison looming over her, pointing his finger and screaming in her face!

What dastardly plan does Faison have in mind this time around? Don’t miss this tease for today’s thrilling episode, and for more GH previews, keep reading the ABC edition of Soaps In Depth magazine!

Who Is Cesar Faison and Why Is Everyone so Scared of Him?

Steve Burton’s Little Girl Is So Adorable We Can’t Stand It!

The Romance That Made Jason and Sam a Supercouple