The new year is off to a rocky start in Port Charles, at least in these GENERAL HOSPITAL spoilers! Franco continues to be haunted by his past, Kevin wants Laura to look to the future, Ned and Michael clash over ELQ, and Anna’s plan to bring down Cassandra takes an unexpected turn!

Franco was happy to move into Elizabeth’s home, but he draws the line when she makes a particular decorating suggestion. As she holds up the impressionistic piece he painted of himself and Drew as children, Franco declares: “I’m not hanging that painting in this house.” It’s only a matter of time before the rest of his secrets come out, though!

With Mayor Lomax out of a job, it seems like some wouldn’t mind seeing Laura take over her job and run Port Charles. When Kevin tells his new wife, “This is the key to your future,” could he be giving her something to help with that goal? Meanwhile, over at Julian’s bar, Alexis arrives to find Molly, TJ, and Curtis waiting for her. “Why do I have the feeling that I’m not just here for breakfast?” the attorney snarks. Do they have a new plan to save Charles St.? 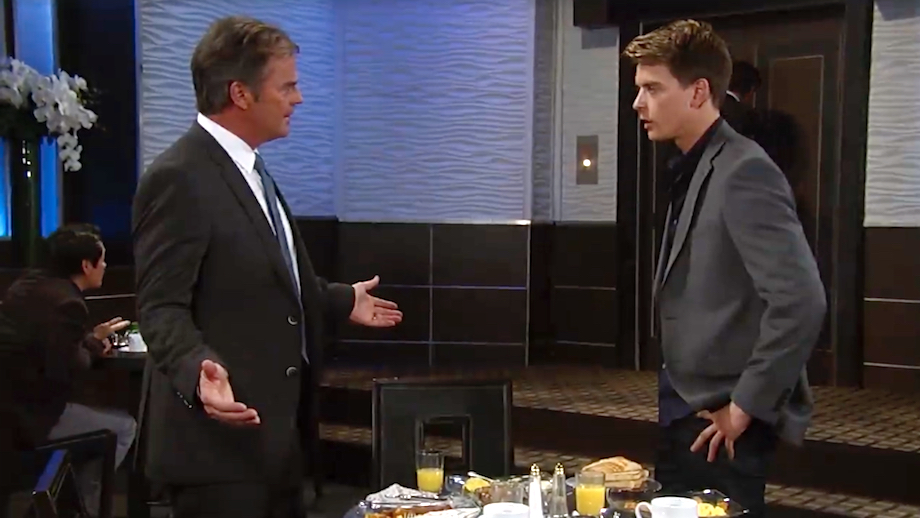 Ned and Michael can’t agree on what’s best for the future of ELQ! (Photo Credit: ABC)

At the Metro Court, things are growing tense between Michael and Ned. “There’ll be no deal until I know what’s good for ELQ,” Michael announces. What is Ned up to, and can the two come to an understanding? And over at the bar, Julian continues trying to make things right with Olivia, but she’s still skeptical. “What’s your angle?” she asks, nervously.

After Anna found Cassandra unconscious and Finn acting erratically in her home, she naturally ends up at the hospital with them. Out in the hallway, Jordan would like an update from her friend. “What kind of operation have you been running in my town?” the commissioner asks the spy. How much will Anna tell her about what she’s been up to? And as he lays in his hospital bed, Finn grabs Anna’s hand insistently. “There’s something I need to tell you,” he whispers. What does Finn have to confess?

See How Your Favorite GH Stars Rang in the New Year