What does the future hold for Port Charles? Judging by these spoilers from GENERAL HOSPITAL, nothing good!

Sam’s condition isn’t getting any better, and even though Jason doesn’t know how bad it truly is, he still thinks it’s time for her to get some help. “Maybe we should see a doctor,” he suggests. Will she agree with her husband? Julian continues trying to right as many wrongs as he can, even going so far as to help alert Sonny to a potential threat. But that still doesn’t seem to have won over Alexis, and now Kristina is also wary of Julian’s true motives. “Why do you care about warning my father?” the young woman asks. 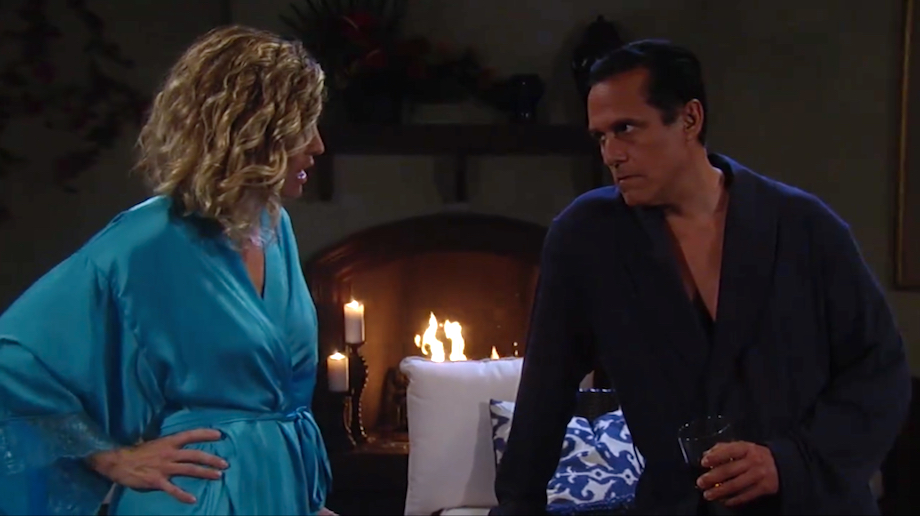 In Puerto Rico, Carly is stunned by Sonny’s declaration that he’s going to get out of the mob for good, and worries about the potential repercussions. “You don’t think there’s a possibility for an all-out war for your territory?” she worries. Is it even possible for Sonny to extract himself from the business he’s built up over the years?

Fearing that her tampering with Finn’s drug tests is about to be exposed, Obrecht is already racing to cover her tracks. “I could ensure the day comes,” she promises Kiki, “if you were willing to help me.” Just what does she want the new nurse’s aide to do for her? And will Kiki agree just to help move her new career along? Meanwhile, Finn’s heart breaks as he overhears Hayden confess her true feelings about her pregnancy to Curtis. “What kind of life am I offering this child?” the expectant mother wonders.

MUST SEE: Risa Dorken Got Married in a Beautiful DIY Ceremony!