They say confession is good for the soul, but in these GENERAL HOSPITAL spoilers, Franco may regret coming clean to Liz! Plus, as Carly pushes Sam towards Jason, Drew insists he doesn’t remember his past… but Jason isn’t buying it!

Sitting down for a bite at Kelly’s Maxie doesn’t even have her coat off before Lulu asks for another favor. “You’re already doing a million things for the holidays,” Lulu allows, “but how about adding one more thing?” Considering their last team-up landed them both behind bars, hopefully, Lulu’s favor is completely legal!

When Jordan runs into Anna in the park, she can tell that there’s something on her friend’s mind. “Is everything okay?” the commissioner asks. Anna frowns and replies: “I’m not sure.” But is Anna’s mind on Faison’s potential return, or is she unable to stop thinking about her recent kisses with Finn? 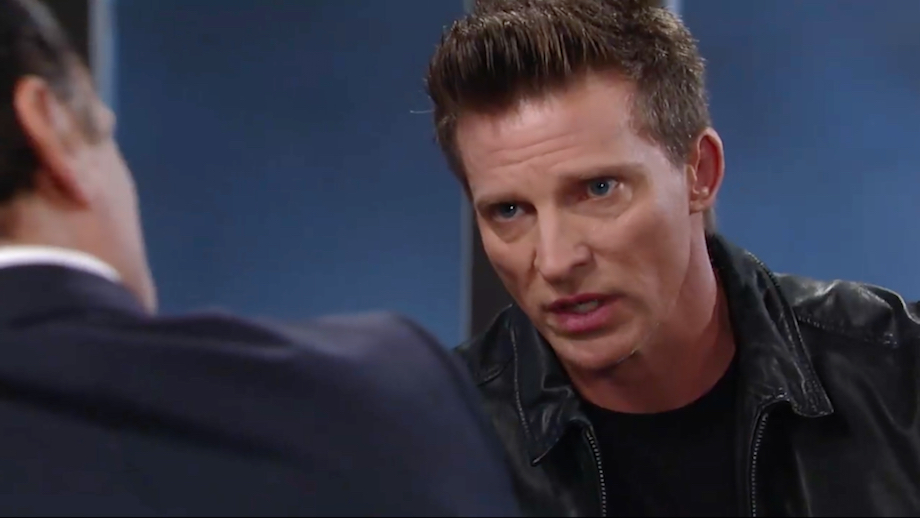 At the Metro Court, Carly can’t resist butting her nose in and decides to inform Sam she’s made a terrible mistake deciding to stick with Drew. “You love Jason,” she reminds her. But will Sam listen? Meanwhile, Drew makes another attempt to bond with his son, Oscar, but it’s hard for them to get to know each other when Drew doesn’t even know himself! “I can’t remember,” he admits to Oscar. However, Jason thinks there may be a way to restore his brother’s memories! “I think Drew remembers a lot more than he realizes,” Jason admits to Sonny. Can they help bring him back to normal?

Franco was worried that he would lose Liz if the real Jason was revealed, but as soon as he burned the evidence that proved which man was which, he knew he’d just made things a million times worse. Every day he kept the secret he was digging himself in deeper, so Franco has finally decided to confess. “You could have proved everything?!” Liz exclaims, stunned. Franco nods and says: “I know.” But Liz is shocked that he would keep something like this to himself. “Then why didn’t you?!” she asks angrily. Will confiding his fear she might leave him persuade Liz to go easy on him, or will it just make things worse?

Tamara Braun Reveals She Returned to GH Because Kim Nero “Felt Like a Good Fit!”

Ashley Jones Assures Parker and Kristina Fans: “We’ll Be Back!”