The future is uncertain in these GENERAL HOSPITAL spoilers. Lulu makes a deal with the devil, Maxie is stunned by Peter’s revelation, Sonny and Jason worry about Carly’s “haunting,” and Liz fears the worst as Drew tries to revive Franco!

At the Metro Court, Alexis looks on as Finn confronts Anna. “Why did you act like you won the lottery when I told you about Faison’s lighter?” Will Anna continue to keep Finn in the dark? And will she also continue to push him towards Alexis, sacrificing her own happiness in the process? Meanwhile, Lulu pays Valentin a visit to announce: “I want to take you up on your offer.” Just what kind of a mess is she getting herself into this time?

In his office at Aurora Media, Peter finds himself facing the music with Maxie. “How long have you been keeping this from me?” she wonders. Since it’s obvious from her relatively subdued reaction that Maxie hasn’t learned Peter’s true identity, just what is it that she has discovered about her new friend? 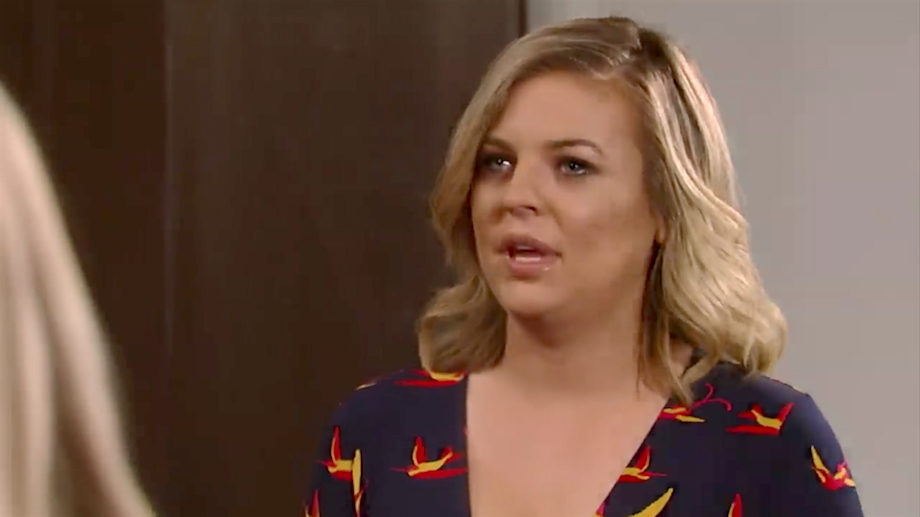 Sonny has offered Carly his support as she tries to figure out exactly what’s going on with the memories of Morgan that keep popping up and disappearing, putting her on edge. But unfortunately with no evidence, there’s not a lot he can do. “There’s no proof that the scarf was there,” he reminds his wife. And now that Jason has arrived at the house, he wants an update. “What happened tonight?” he asks. But without tangible proof, how can Carly get to the bottom of this and stop the person tormenting her?

Over at the hospital, Jordan presses Liz to come clean with her about what’s really going on with Franco and Jim Harvey. “You have to tell me,” the commissioner insists, “or this could end up really bad for Franco.” But what Liz doesn’t know is that Franco is currently laying unconscious on the floor of his art studio having been strangled by Harvey! Drew saved him by shooting the villain, but as he struggles to wake Franco up, could he have been too late?

Details of the 2018 Daytime Emmys Revealed