The future of Port Charles is in question, but in these GENERAL HOSPITAL spoilers, two people have plans to change that! And despite Franco’s continued efforts to put his past behind him, he can’t manage to keep all the skeletons in the closet!

It seems as though Laura has finally decided to throw her hat into the ring in the Port Charles mayoral race. “Congratulations, candidate Collins,” Kevin says, putting his hand on his wife’s shoulder. But over at the Metro Court, Olivia has finally convinced Ned to run as well, and appears to have appointed herself his campaign manager! “We need to start this campaign at Ground Zero,” she declares.

With Cassandra out of the picture, Anna and Finn don’t really have any reason to continue their fake relationship. “We can say a proper farewell to our partnership,” Anna suggests. But the look on Finn’s face makes it seem like he isn’t ready to say goodbye to Anna quite yet! 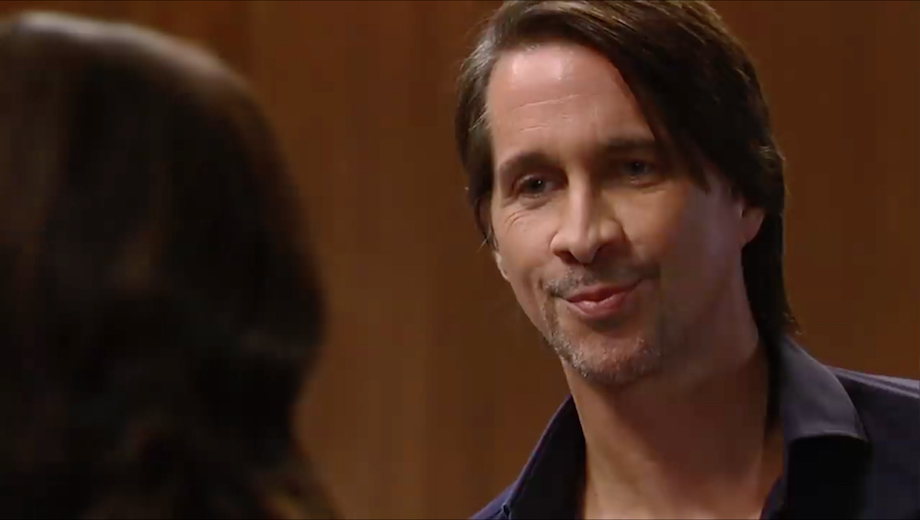 Jordan is still investigating Cassandra’s assault, not entirely convinced by Erich’s confession that he tried to kill her, and her line of questioning takes her all the way out to Wyndemere. “Why would you visit him so quickly after he was arrested?” she asks Valentin. Meanwhile, Nina finds herself being interrogated as well, but by Charlotte! “Why are you mad at Cassandra?” the little girl wonders. Can Nina figure out a way to explain things appropriately for a child?

Franco came home from running an errand to find Jim Harvey standing on his front porch with Elizabeth, but while Jim claims he knew Franco as a kid when he was known as Bobby Frank, Franco’s reaction makes it seem like they weren’t exactly best friends! “You want to tell me what you’re doing here?” he asks as Liz glances nervously between the two men. What is their connection?

Kirsten Storms and Brandon Barash Treated Harper to the Best Birthday at Disneyland!

Kimberly McCullough Reveals How She Was Almost Fired from GH