People in Port Charles want answers in these spoilers from GENERAL HOSPITAL, but some may not like what they find out! Curtis is on the case, Nelle wants to take things with Michael to the next level, Liz is about to make a terrible mistake, and Sonny remains on a collision course with Patient Six!

Jordan is determined to make nice with Curtis’ aunt, but when Stella approaches her at the police station, will the commissioner be able to give her what she needs? “So you can’t help?” grouses Stella. “Or you won’t?” Meanwhile, Curtis has dug up some important new information and is eager to deliver it. “You need to see this,” he urges someone.

Franco was keeping his drawings from Liz, and now when Ava encounters him in the art therapy room in the hospital, she is just as curious about his work. “I must know,” she teases. “What is it you’re sketching?” Ava is smiling at her innocent request, but Franco’s face is serious as he attempts to keep his secrets under wraps. But how much longer can he do that? 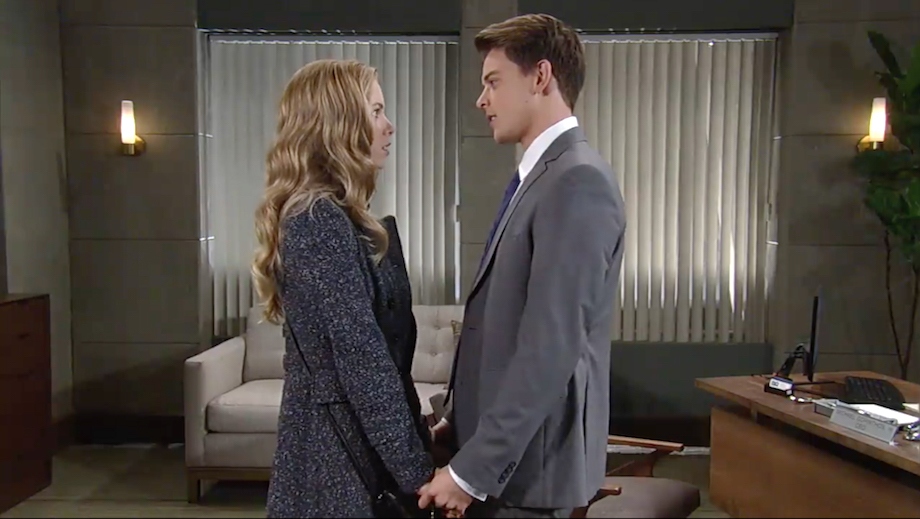 Nelle has a proposition for Michael! (Photo Credit: ABC)

Despite his questions about Nelle’s past, Michael has continued seeing her, but he may not be ready for what she has in mind now. “Maybe you want to make things more permanent?” she inquires with a flirty smile. Is she talking about their relationship… or something else entirely? (For Michael’s sake, hopefully it’s the latter!)

Since Jake claims to have seen a man with his father’s original face, Liz thinks he should talk about it with Andre, but the therapist tries to push them away. “Sorry,” he admits. “Now’s not a good time.” But given Andre’s surprising connection to Dr. Klein and whatever’s going on with Jason, it’s probably a good idea not to let him know what Jake saw in the park!

Sonny fills Carly in on the message he received that appeared to be written by Jason and how their attempt to talk to that person failed. “I just want to meet whoever sent the note,” he complains. Meanwhile, Patient Six is checking his gun to make sure it’s loaded and ready to go. These two are on a collision course and things are about to blow up!

Steve Burton Reunites with Kelly Monaco: “We’re Picking up Where We Left Off”