Family is the most important thing in these spoilers from GENERAL HOSPITAL. Ava vows to stand with her brother, Kim makes a promise to her son, Nelle threatens her babydaddy, and Jason pays a visit to his twin brother, Drew!

Now that he’s out of jail, Julian’s next step is putting the pieces of his life back together and repairing his relationships with the people he’s hurt. But luckily he’s starting with at least one person on his side. “You’re my brother,” Ava assures him. “Family sticks together.” But given her own reputation, how much help can she be?

Oscar is reeling from the news that Drew is his biological father, and feels like his entire life has been turned upside down. But his mother is there to reassure him that he shouldn’t worry. “The only thing that matters right now is you!” Kim insists. Unfortunately, Oscar doesn’t look entirely convinced! 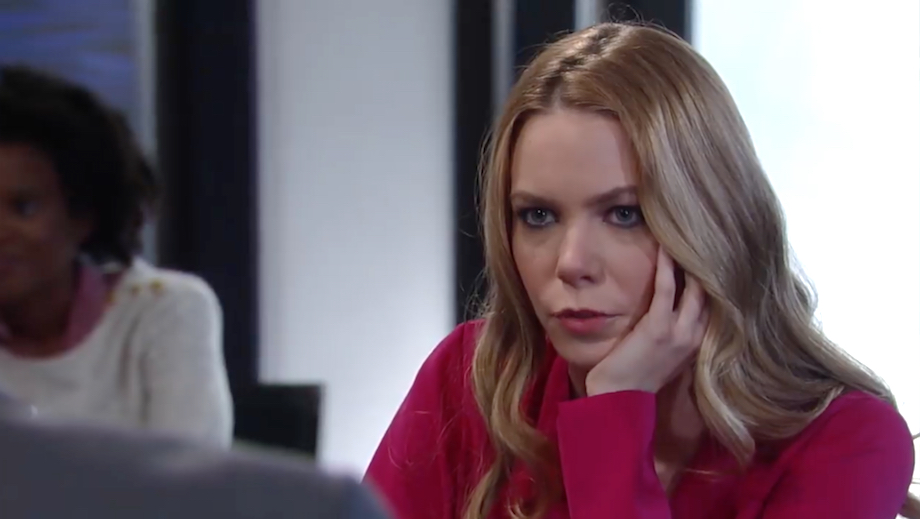 Nelle has Michael right where she wants him! (Photo Credit: ABC)

Over at the Metro Court, Nelle warns Michael that he’d better step up now that they have a baby on the way. “If you refuse to make my life easier,” she cautions. “you’re gonna regret it.” Will Michael give Nelle everything she wants just because she’s carrying his child? (Or so she claims…)

Sam has made the decision to stick by her husband, but she’s afraid that there’s nothing she can do to help Andrew Cain accept his new life. Paying a visit to the Quartermaine mansion, Sam asks Monica for some help. “The person I’m worried about is Drew,” she confesses. Meanwhile, Jason has been trying to get to the bottom of what happened to him and his twin brother, and arrives at Drew’s office. “I came to see you,” he announces. Can Drew set aside his animosity to let Jason into his life so the brothers can work together to solve this mystery?

Carly wants Sonny to do something, but he cautions that she doesn’t know what she’s asking. “If I take action,” he whispers, “everything will change.” What is she asking him to do?

GH Alum John Stamos Is Going to be a First-Time Father!