The people of Port Charles find themselves in awkward situations in these spoilers from GENERAL HOSPITAL!

Running into Nathan at Kelly’s, Nina decides to butt into her brother’s life, asking him, “What’s going on between you and Amy Driscoll?” And over at The Metro Court, Julian is surprised when Alexis approaches his table. “What are you doing here?” he wonders. Alexis freezes in her tracks and looks down at him. What does she want with him?

Nelle already turned down a job offer because Michael had put in a good word for him and she’s trying to make her own way in the world. But that’s proving difficult to do because Bobbie’s still hovering around the young woman keeping an eye on her. “Do you really have to make it your life’s mission to destroy mine?” Nelle shouts. 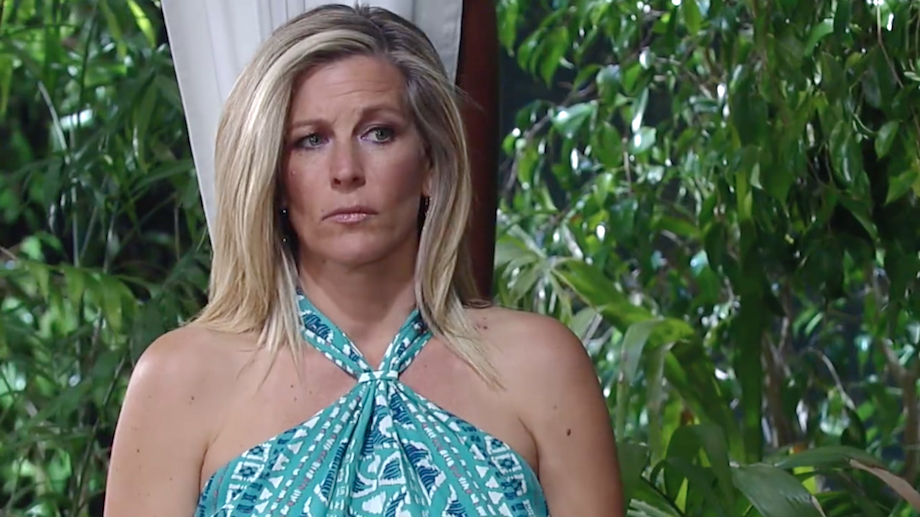 MUST SEE: Win a Muse Mattress and Pillow Set!

Carly has told Michael that she’s planning to divorce Sonny and keep things amicable, but Josslyn doesn’t believe it. “Mom’s getting back together with Sonny, isn’t she?” Joss complains. Meanwhile, Sonny has brought Carly to the island casino telling her there’s a problem that only she can deal with as the owner. “We’re staying here tonight,” Sonny announces casually. Carly tilts her head and looks at her husband suspiciously. Is this part of some elaborate scheme to win her back?

After hearing the voice again telling her that her family is in danger, Sam got out of bed and grabbed a kitchen knife to keep under her pillow. But when Jason catches his wife with the kitchen utensil, he sees it as a weapon. “Why are you holding a knife?” he asks, concerned. How can Sam explain her actions… without telling him she’s seeing things and hearing voices in her head?

Emme Rylan Can’t Wait for Her Daughter to be Born!