It’s summer in Port Charles, so things are heating up in these spoilers from GENERAL HOSPITAL! There are surprises from the past, angry confrontations, and emotional confessions! So buckle up and get ready for the ride!

At the police station, Jordan approaches Anna and asks, “What did I just walk in on?” While over at the hospital, Curtis pays a visit to his Aunt Stella, bringing her an enormous bouquet of pink flowers to cheer her up as she recovers from her stroke. But as they chat, he learns even more surprising information about his relative’s past! “You were engaged, Auntie?” he asks, stunned. What else is she keeping from him?

Summer camp takes an unexpected turn as Spencer tries to explain to Charlotte why he’s so upset. “Your papa killed my father!” he cries. Charlotte looks both surprised and angry as though she doesn’t believe such a thing could be possible. That poor kid is going to have her world turned upside down when she learns the truth about Valentin’s history! Meanwhile, elsewhere in the park, Valentin warns Laura that he’s not going down without a fight. “I will protect what’s mine,” he vows. “By whatever means necessary.” How far will he go to retain the Cassadine legacy? 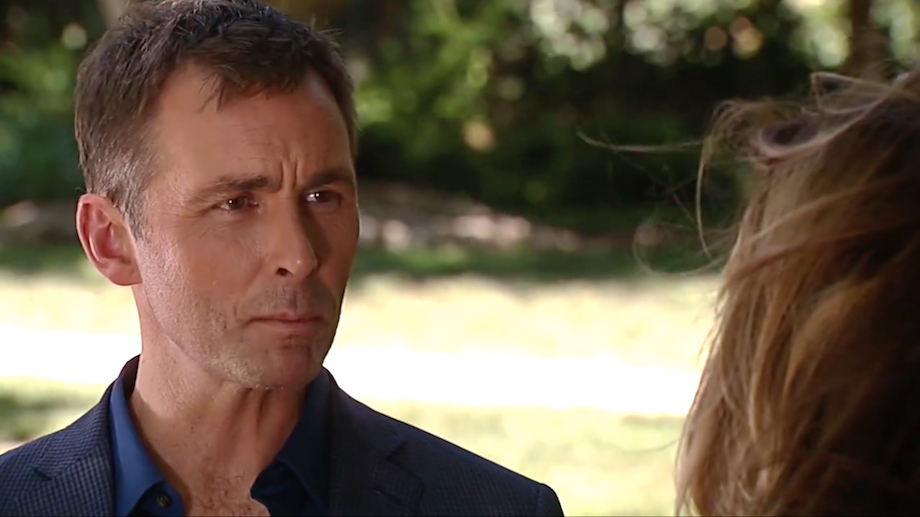 MUST SEE: How Your Favorite GH Stars Spent Their Summer Vacations!

In the burn unit of General Hospital, Griffin checks up on Ava’s condition, but after her disastrous visit from Avery, the patient is at her lowest point ever. “There’s not a chance in hell that I am leaving this hospital,” she sobs. Can Griffin convince Ava that her life is still worth fighting for? Out in the hallway, Jason confronts Sam about her recent behavior. “You wanna tell me why you lied to me?” And back at their place, Carly is all smiles as she approaches Sonny to declare, “I want you to do something for me.” What does she have in mind?

Is William deVry Leaving GH? — Here’s Everything We Know!