Jason and Patient Six now know that they are twins, but in these spoilers from GENERAL HOSPITAL, which man will claim the name of Jason Morgan? Meanwhile, Valentin makes a dangerous decision, Alexis continues her investigation, and both could be letting themselves in for a world of trouble!

Valentin has sworn that he’s turned over a new leaf with Nina, so to that end, he is completely open with her about what he’s getting up to. “I’m going to work with Cassandra,” he informs her. Hopefully, he’ll also tell her that the only reason he’s doing it is to help Anna with her investigation — not that Nina will be particularly thrilled about that, either!

After her visit to Llanview to speak to Olivia’s lawyer, Nora Buchanan, Alexis was frustrated to have hit a dead end. Still determined to get Olivia to make a statement to help Julian, Alexis now wants to find out who’s helping Olivia. “Who would pay a heavy hitter to defend Liv Jerome?” she wonders to Diane over drinks at the Metro Court. Olivia was the one who had been pulling Julian’s strings, but could there be a puppet master controlling her? 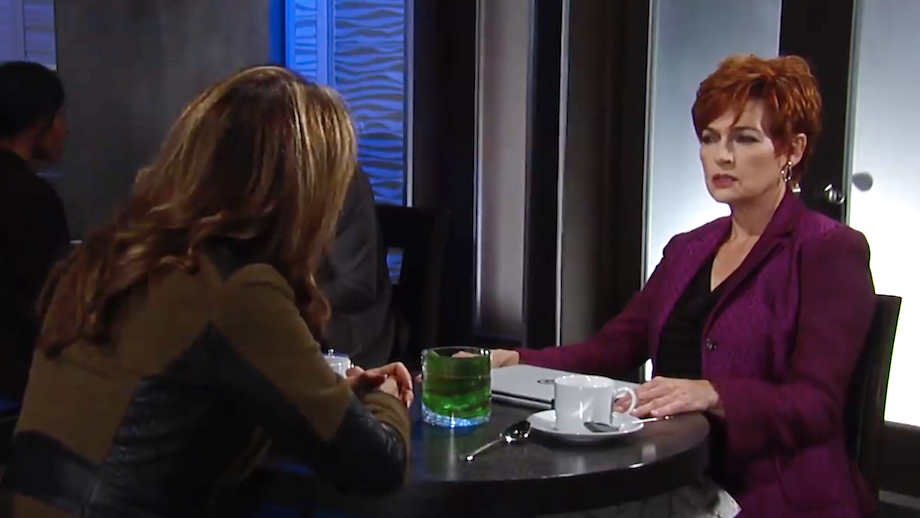 Monica’s world has been turned upside down with the arrival of Patient Six, though she assured Jason that he will always be her son. But now she is absolutely delighted to see a particular face. “I am so happy to see you!” she exclaims, near tears.

Anna has been roped into the mystery of the two Jasons now that they know Andre was involved somehow. “Do you think Andre knows which one is the real Jason?” Anna asks Jordan. As the investigation continues, Jason and Sam return home where he tries to settle things once and for all. “He can’t prove that he’s Jason Morgan,” Jason declares, “because I’m Jason Morgan.” But while he may have convinced himself, can he do the same for Sam? Because over in his room at the Metro Court, Patient Six is being pressured by Carly to make a stand of his own. “You should be fighting for yourself on this!” she insists. Will Six fight for the life that he believes was stolen from him?