It’s all about connections in these GENERAL HOSPITAL spoilers. Anna wants Finn to break it off with Cassandra, while Valentin wants the drug lord to steer clear of his family. And while Kim wants nothing to do with the Quartermaines, Drew attempts to get to know his son. Plus, Jason makes a heartfelt attempt to reconnect with Sam after all these years apart!

Finn has been helping Anna in her quest to bring down the drug runners in Port Charles, but she’s afraid he’s in over his head and putting himself in danger. “Decline Cassandra’s offer,” she warns, “and this all ends.” But will he listen? He hasn’t before! Meanwhile, over at the Metro Court, Valentin cautions Cassandra that while he will work with her, “Wyndemere is off limits to you, and so is my family.”

Monica was delighted to learn that not only is Drew a Quartermaine, but he has a son who is also technically a member of the family! However, when Kim pays a visit to the mansion, she announces that they aren’t interested. “Oscar and I will have none of it,” she declares. “And none of you.” But is Monica going to give up that easily? 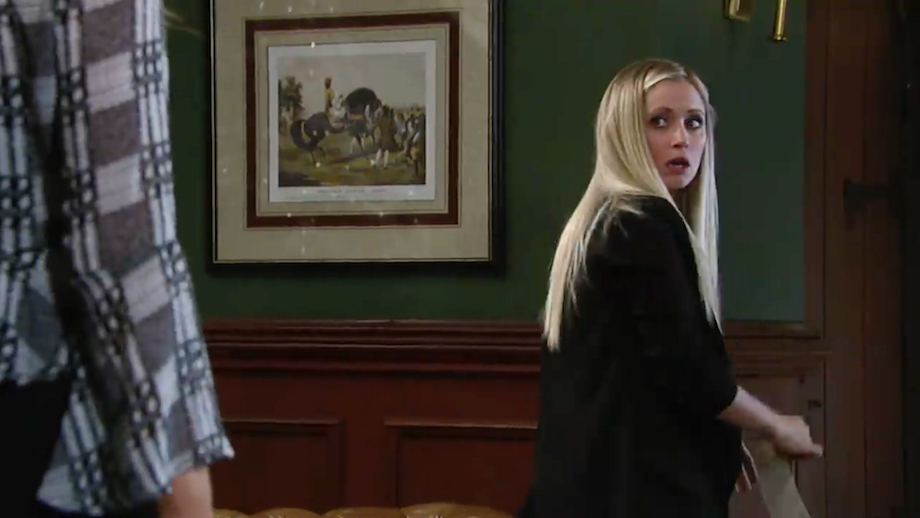 After discovering that Charlotte was using an old election ballot as scrap paper, Lulu immediately sniffed out a juicy story and headed over to Wyndemere to snoop around. “What is going on?” she asks as she looks for more clues. But at that moment, someone walks in on her! “I was wondering the same thing,” Nina snarks as Lulu is caught red-handed!

Oscar was nervous when he learned that Drew was his father, despite Kim’s insistence that he’s a good guy. So things get even more uncomfortable now that his new dad has stopped by for a visit. “I’m not really a stranger,” Drew reminds the teen. “Am I?” But Oscar just looks away. He may technically be his dad, but for all intents and purposes, Drew is a stranger to him!

On the docks, Sam attempted to avoid Jason, but he begged her to stay and listen to what he has to say. Knowing that she moved on with the man she believed was him, Jason tries to get Sam to understand that the man she loved all those years before he “died” is still in there and was desperate to get back to her. “That person is the reason I’m still alive,” he explains. But will Sam listen?

GH Alum John Stamos Is Going to Be a First-Time Father!