It’s time to make some moves in these GENERAL HOSPITAL spoilers! Lulu is ready to follow up on her big story, Cassandra wants to make a major power play in Port Charles, and Jason wants to steer clear of Sam. But will Sonny let him?

Having exposed the election tampering scandal that got Mayor Lomax elected, Lulu enters Peter’s office at Aurora with another proposal. “I wanna follow up the election story with something just as big,” she announces. But what does the intrepid reporter have in mind?

For someone who didn’t want to get involved in Anna’s plan to take down Cassandra, Finn has certainly thrown himself into it headfirst! “Whether you like it or not,” he warns the spy, “you’re stuck with me.” Meanwhile, over at Wyndemere, Cassandra pays Valentin a visit to reveal the next stage of her plan. “It’s time to eliminate Sonny Corinthos,” she declares. Can Valentin stop her from making a move she’ll regret? 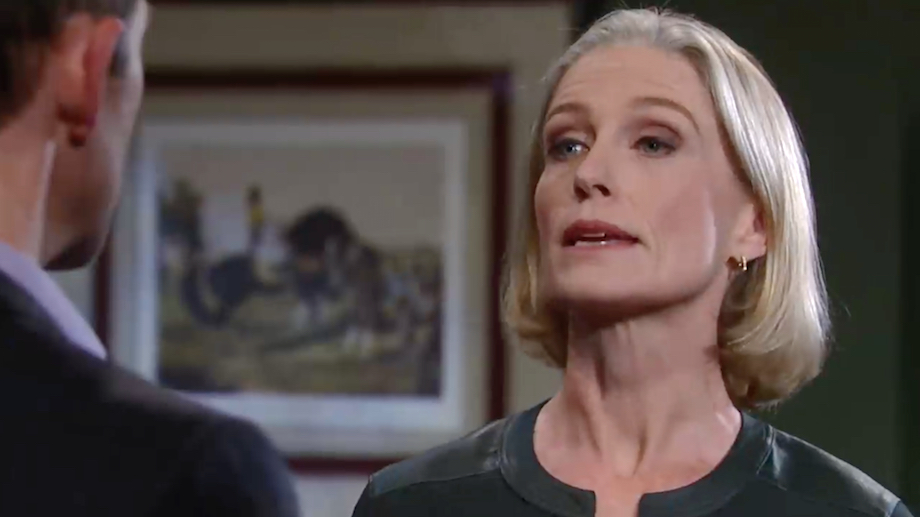 Cassandra is kidding herself if she thinks she can take out Sonny! (Photo Credit: ABC)

At the hospital, Nelle is in for a checkup on her unborn baby, and responds to someone by asking, “Is that a threat?” Meanwhile, out in the hall, Michael is waiting patiently for Nelle to finish but Drew wonders if he should really be this involved. “Are you sure the baby’s yours?” he asks Michael.

Sam was overjoyed when Drew put a ring on it at Christmas, but when Carly learns of their engagement, she offers her congratulations through clenched teeth and a forced smile. Since she clearly wants to see Sam back with Jason, will Carly try to sabotage her relationship with Drew? Meanwhile, Jason shares his plans with Sonny, who suspects he’s avoiding the real problem here. “I think this is about wanting to get away from Sam,” the mobster suggests. Can anyone get Jason to confront his true feelings?