The people of Port Charles seem to have no doubts at all which of the two Jasons is the genuine article in these spoilers from GENERAL HOSPITAL, but is there still yet another twist to this incredible story? Cassandra is still lurking around town up to no good, and Valentin seems to have a connection to the mysterious plot!

Because there is nothing medically wrong with Cassandra, Finn was reluctant to go ahead with Anna’s plan to offer to treat her because he was afraid of losing his license. So the doctor sits down at the Metro Court with the hypochondriac to tell her a few things. “There’s something you should know about my relationship,” he informs her. Just how much of the truth is he going to spill?

Having confessed his involvement in the two Jasons plot to Franco, Andre heads over to Anna’s home. “I’ve come to say goodbye,” he reveals to the stunned spy. Will he fill her in on everything or just try to get out of Dodge as quickly as possible? And might she try to make him stay? 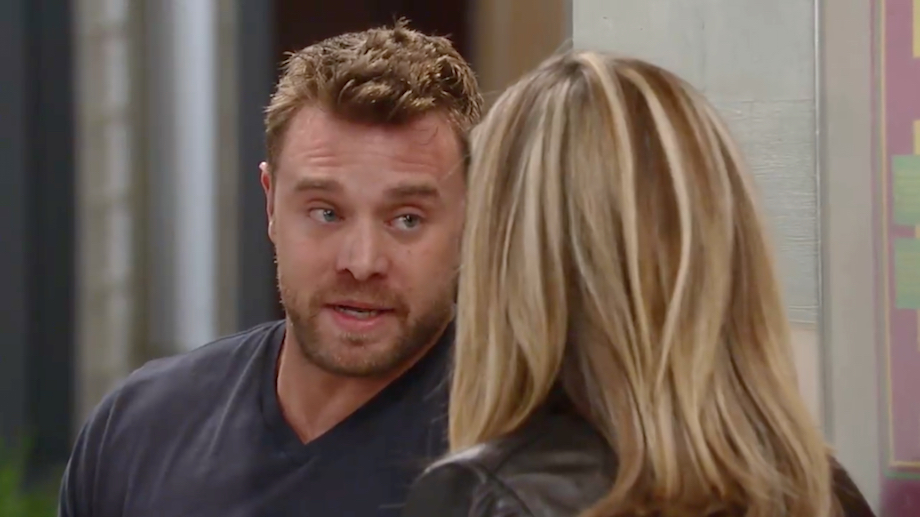 Jason is having an identity crisis! (Photo Credit: ABC)

Caught up in the Jason drama, Valentin meets with Dr. Klein on the docks to warn him to keep him out of it. “Whatever you got going on,” the Cassadine insists, “I don’t want any part of it.” But Klein grabs Valentin by the lapels of his coat and shouts: “I don’t give a damn what you want!” Will Valentin find himself forced to do something against his will?

At the hospital, the man who has believed himself to be Jason for the past few years finds himself at a bit of a crossroads. “If he’s Jason Morgan,” he confides to Carly, “who does that make me?” And in Sam’s hospital room, she is shocked to see herself face to face with the Jason Morgan she fell in love with all those years ago. “This doesn’t make any sense,” she cries in disbelief. Unfortunately, neither of the Jasons seem to have the answers to any of the questions!

Kelly Monaco Returns to DANCING WITH THE STARS