Jason and Sonny are tightening their noose to ensnare Faison in these GENERAL HOSPITAL spoilers. And while Nelle and Ava seem to think they have something to look forward to, Carly and Kim take steps to stop their children from ruining their own futures!

Michael has been sticking by Nelle ever since she revealed she was pregnant with his baby, but he’s also made it clear that their relationship is over. However, Nelle doesn’t seem to be willing to give up that easily! “What are you doing next Monday?” she asks Michael.

Ava is thrilled to finally be getting the surgery to heal the remaining scars on her face. “Once this horrific chapter is behind me,” she confides to Kiki, “the rest is gonna fall into place.” But Ava’s scars may go deeper than the ones on her face, and it’s going to take more than a plastic surgeon to fix them! 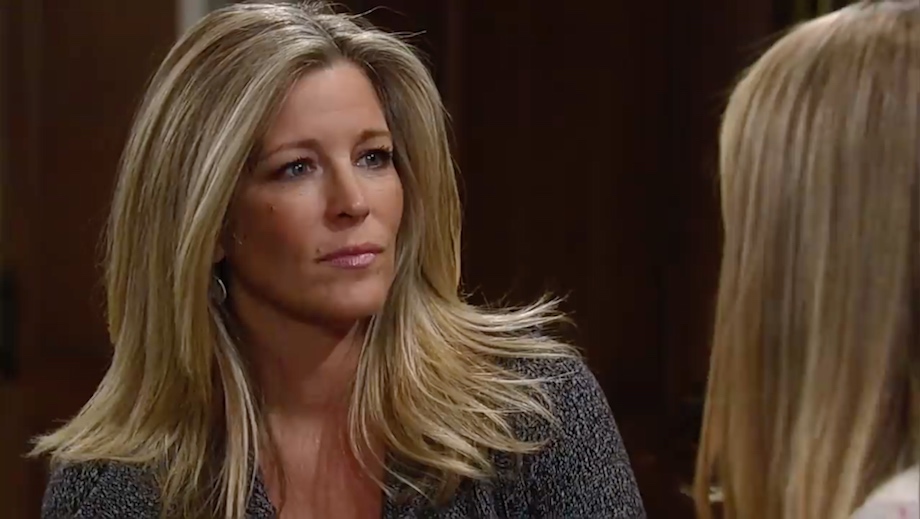 Carly has to have “the talk” with Josslyn! (Photo Credit: ABC)

After Carly found the condoms in Josslyn’s purse, she immediately alerted Kim to the fact that their children were apparently planning to sleep together. So now Kim sits down opposite Oscar at Kelly’s and takes a deep breath. “We need to talk,” she sighs, “about sex.” And back home, Josslyn wonders what’s on her mother’s mind. “So,” she asks, “do you have something important to talk to me about?” The question, is can Carly do this conversation the right way and not make Joss rebel against her by doing something foolish?

Jason has been getting frustrated at the lack of progress into the investigation about what really happened to him. But now that Spinelli’s fishing E-mail has returned a response, they can start laying their trap for Faison! “We’re gonna figure it out, Jason,” Sonny promises his friend. “And we’re gonna use his son to do it.”

Steve Burton’s Daughter, Brooklyn, Is So Cute We Can’t Stand It!