Faison’s secrets didn’t die with him, and in these GENERAL HOSPITAL spoilers, they are actually on the verge of blowing up multiple lives in Port Charles! Griffin urges Peter to confess the truth even as Nina decides to investigate the mysterious newbie. And Maxie meets Nathan’s replacement as Franco makes a decision about his future.

At the police station, Maxie meets Detective Harrison Chase. “I hear I have some pretty big shoes to fill,” he admits, knowing that he was brought in to fill the slot that opened up when Nathan died. How will Maxie feel about the newcomer who is taking her husband’s place in Port Charles?

In Kevin’s office, Franco admits that he has finally made a decision, but he’s not sure he can follow through on it. “I know exactly what I have to do,” he announces with a big grin. But then the smile disappears and he sighs: “I just don’t want to do it.” 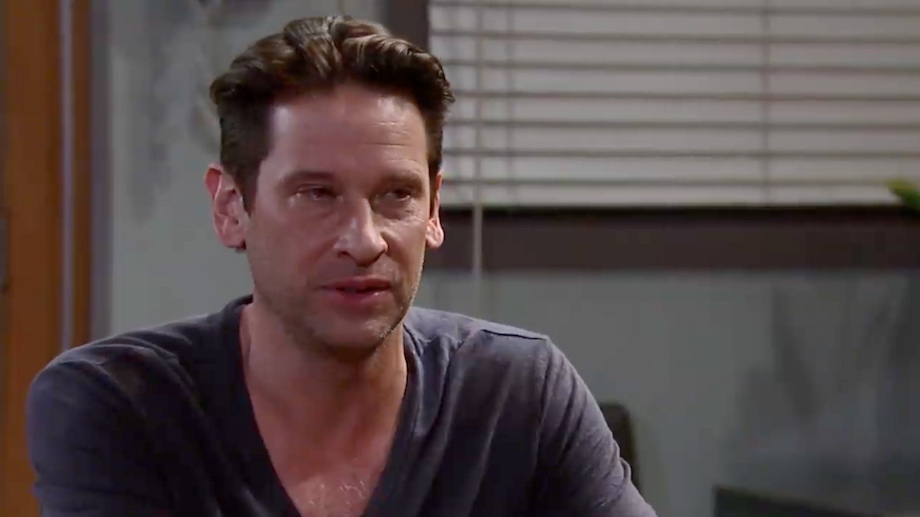 Can Franco do what needs to be done? (Photo Credit: ABC)

Nina is determined to prove that Peter is a threat to Maxie, so she calls in some reinforcements. “Who do you want me to investigate?” Curtis wonders. Nina smiles slightly as she leans in to whisper: “Peter August.”

Over at the Metro Court, Andre has an update for Anna’s search for her son. “It said that Henrik is poised to take Faison’s place,” he reveals. Meanwhile, Griffin confronts Peter with the revelation that he knows exactly who he is. “Turn yourself in!” he urges Peter/Henrik. But will someone else discover the truth before he can confess it himself? Because over at the hospital, Jason approaches Finn. “I have some questions about the night Faison died,” he announces. Might the lighter mentioned in The Severed Branch be the clue that reveals the shocking truth of Henrik’s identity?

See How Your Favorite Stars Celebrated Easter With Their Beautiful Families

The Results Are In — Did Your Favorites Win in Our GH Anniversary Poll?