The Nurses Ball is coming to its climax in these GENERAL HOSPITAL spoilers, and the drama isn’t over yet! Nina is suspicious of Valentin, Anna reacts to Finn’s heartfelt confession, and Jason has a warning for Sam. You won’t want to miss a moment!

Maxie has been putting on a brave face but seems to have had enough of this year’s show. “Would you mind taking me home?” she asks Peter. But can he possibly step out while there’s the potential his secret is going to be uncovered? Trying to keep Peter’s identity under wraps is getting to Valentin and Nina is starting to notice he’s up to something. “Is there something going on?” she wonders. Can he keep her off the scent?

Mistakenly believing that Anna was dying finally inspired Finn to confess his feelings for her (which Alexis unfortunately overheard). “I’m sorry it took me so long to tell you that,” he admits. Anna has also been denying her own feelings for the doc this whole time, and she’s overwhelmed by his admission. Can they finally start a real relationship? 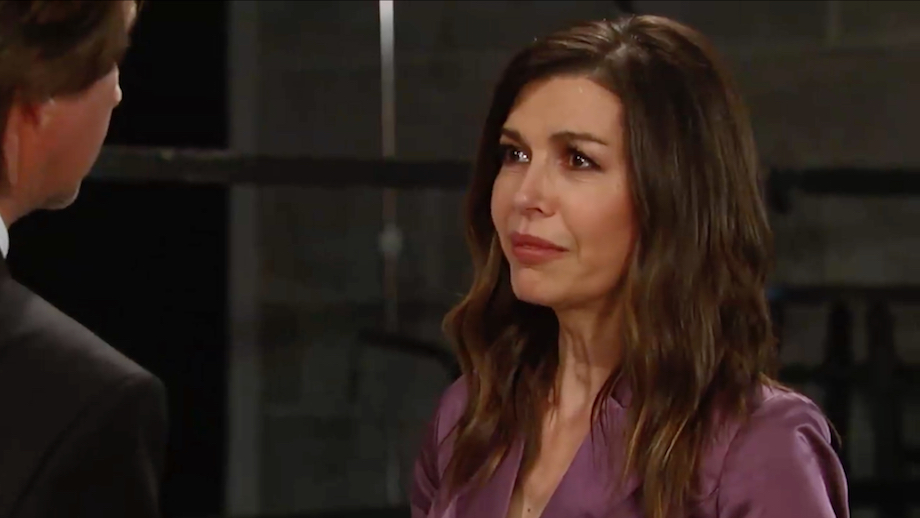 Will this be a new start for Finn and Anna? (Photo Credit: ABC)

Missing the ball because of her fall, Nelle freaks out when she hears one of the hospital monitors start beeping. “What is that?” she panics. “Is that… is that the baby?” Still by her side throughout this, Michael tries to keep her calm. “No, no, you’re fine,” he assures her. But is she?

Stella continues to work her magic to keep things solid between Sonny and his father, despite the mobster’s resistance. “It’s not a good thing to show the world how you feel,” Sonny argues. And Jason warns Sam, “or somebody’s gonna get hurt.” GH is promising that the final performance at this year’s Nurses Ball is going to be shocking, so brace yourself for the explosive finale!