Family drama explodes in these spoilers from GENERAL HOSPITAL!

Charlotte keeps asking questions about her dad, and Lulu realizes that she can’t keep dancing around Valentin’s arrest. She has to tell the little girl something. So she sits Charlotte down and informs her: “Your father’s going to be gone for a really long time.” But what will she tell the kid about why her dad will be away for so long? Certainly not the truth!

Suffering from her painful burns and wanting to just give up on life, Ava receives a visit from her brother that could change everything. “I’m gonna fight,” Julian announces. “I think you should, too.” But while Julian has an uphill battle to redeem himself in everyone’s eyes (Alexis in particular), Ava has an even tougher fight ahead of her. Can she find the strength to make a fresh start? 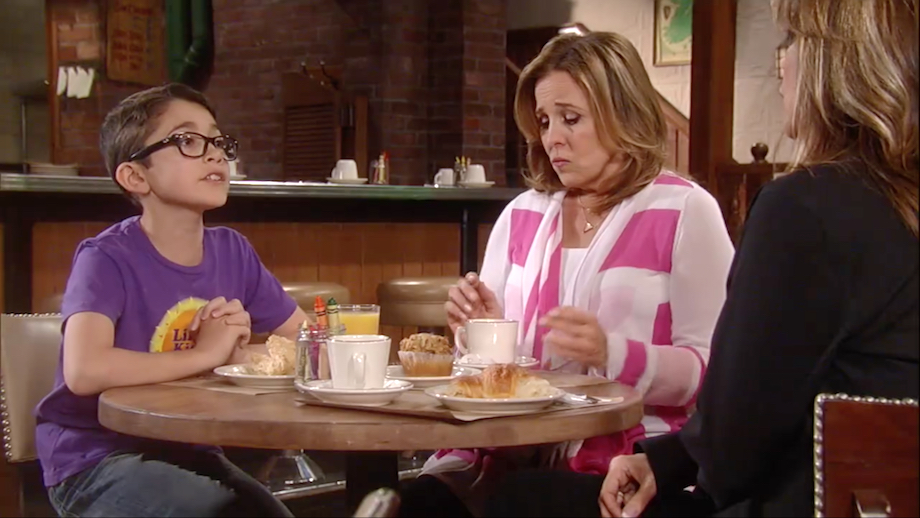 With Laura at his side, Spencer takes a meeting at Kelly’s with Alexis to address a very important family matter. “I’ve decided to take action against the man who murdered my father,” he declares. Can Spencer reclaim the Cassadine legacy from Valentin?

Carly’s back in Port Charles and it looks like Josslyn didn’t get away with holding a party in secret while her mom was gone! “What happened in this house?” Carly demands, holding a beer bottle in her hand. Josslyn stares back at her mother, nervously trying to figure out what to say that will get her in the least amount of trouble!

Over at the hospital, Sonny is checking up on Ava in the burn unit and runs into Bobbie, who wants an update on the status of his rocky marriage to Carly. “So the only business left between you and my daughter is finalizing your divorce,” she says hopefully. Unfortunately, Sonny may have some bad news for Bobbie!

Brooklyn Rae Silzer Got a Beautiful New Haircut for a Very Special Cause!