The tale of the two Jasons has just taken an unexpected new turn in these spoilers from GENERAL HOSPITAL. Even as Sam and Jason’s marriage hangs by a thread, Patient Six is stunned when Oscar’s mom, Kim, seems to know who he is!

With almost everyone around him convinced that Patient Six is the real Jason Morgan, the man who has been living Jason’s life for years feels like his entire world is slipping away from him. Kneeling before her brooding husband, Sam asks Jason, “So why don’t you tell me… what are you really afraid of?” Will he open up to her, or is Jason afraid that Sam also believes Six to be the real deal?

At the hospital, Griffin continues to worry about Ava searching for someone to perform Dr. Klein’s risky procedure to restore her face. “My mom has dropped this whole experimental treatment thing,” Kiki assures him. Unfortunately, at that moment, Ava is actually off meeting with a doctor she found online! “Let’s see what we’re dealing with,” the doc says as Ava relaxes into his chair. Is her vanity causing her to make a terrible mistake? 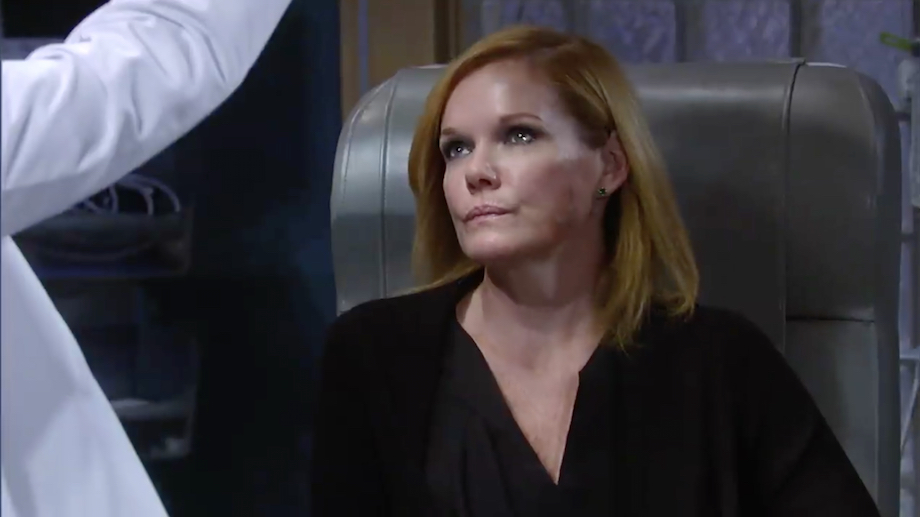 After their slightly disastrous Thanksgiving dinner, Alexis and Dr. Bensch shared another kiss. And as they clean up, the pair discuss what the future might hold for this relationship. “I think about kissing you more than I should,” Bensch admits to a nervous Alexis. Is she willing to give this a try or does she still have feelings for Julian?

Everyone was stunned when Patient Six stopped by Sonny and Carly’s for Thanksgiving and Oscar’s mom, Kim, immediately recognized him, calling him Drew! “How is this happening?” she asks as she holds Six’s familiar face in her hands. But as everyone looks on, confused, Six pulls her hands away and declares: “You’ve mistaken me for somebody else.” Could Drew be Oscar’s father? And if so, which of the two Jasons is the daddy?

Everything We Know About Oscar Nero