The search is on for a missing Spencer in these spoilers from GENERAL HOSPITAL! But while Valentin is the most likely suspect, is everyone focusing on him distracting them from the real truth behind the boy’s kidnapping?

Josslyn has been blaming herself for not keeping an eye on Spencer at camp leading to his abduction, so she’s naturally paranoid when she walks into the living room to hear her mother and grandmother chatting. “Were you guys just talking about me?” the teen asks nervously as Carly and Bobbie turn to face her. Meanwhile, Sam pays a visit to Julian’s apartment where Ava informs her, “I guess you’ll just have to make do with Sonny.” Sam doesn’t like that idea one bit and quickly retorts: “No!”

MUST SEE: Laura Wright Interviewed the Twins Who Play Avery and We Can’t Handle the Cuteness! 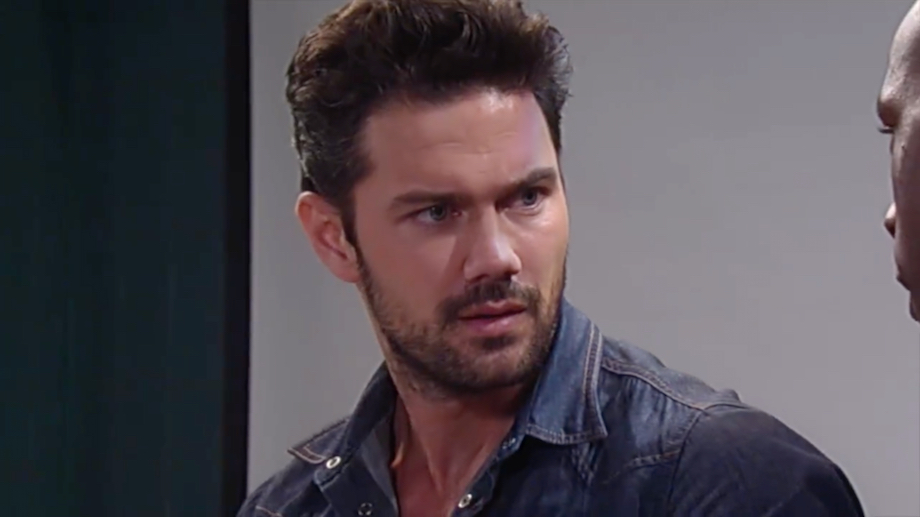 In the interrogation room at the Port Charles Police Department, Nathan is startled when an officer reveals that someone has posted Valentin’s bail. And on the other side of the door, Nina continues to support Valentin against the accusations that he’s the one who kidnapped Spencer. But Laura insists that he’s guilty of everything he’s accused of. “He killed my son!” she cries. “And now he’s going after my grandson!”

Also worried about Spencer, Sonny sits with Jason and angrily insists, “That son of a bitch needs to be stopped.” Jason sighs and asks, “You want me to stop him?” Will Sonny ask Jason to act as his enforcer once more in order to make Valentin pay and bring Spencer home safely? (He might do a better job than the PCPD, given their track record!)

Will Morgan Return to GH? And Will Bryan Craig Be Available to Play Him?