Long-kept secrets are finally coming to light in these GENERAL HOSPITAL spoilers. Curtis wants out, Julian wants Finn out, Joss wonders what’s going on between Nelle and Michael, and Elizabeth finally confronts Franco about his past!

Jordan pays a visit to Curtis in his hospital room, and the guy is still handcuffed to his bed. “You could give me the good news,” he suggests. “Am I up outta here?” But even if Curtis is well enough to leave the hospital, can Jordan really release him from the charges Jim filed against him?

At Charlie’s Pub, Finn and Alexis are sitting at a table as Julian stands over them, frowning as he demands Finn leave the premises. “He doesn’t want me in here,” Finn complains, “and I’ll give you one guess why.” Brace yourself, because this confrontation is going to get ugly! 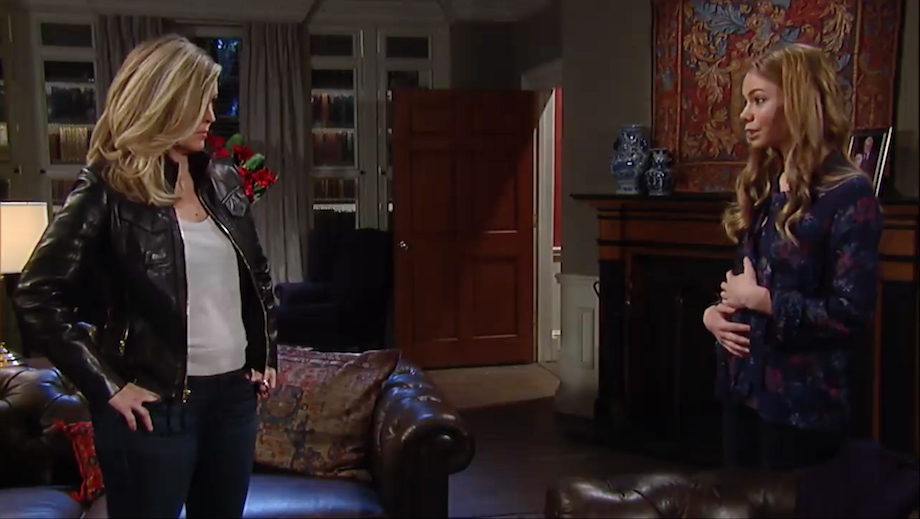 Josslyn is sitting by Oscar’s bedside in the hospital and is surprised when Michael pops in for a visit. “So, are you just here to check on Oscar?” Joss teases, “Or are you here to see Nelle?” If he does want to visit Nelle, Michael is going to have to get back in his car because she’s over at the Quartermaine mansion being confronted by Carly! “Out of something really tragic,” Nelle smiles, holding her baby bump, “came something really wonderful.” But it doesn’t look like Carly believes a word of that!

After Sam spilled the beans that Franco pushed Drew down the stairs when they were children, Liz immediately runs to her beau to find out if that’s what he’s been hiding from her that’s made him so twitchy these past months. “Did you try to kill Drew when you were children?” she asks point blank. But since Franco himself isn’t exactly sure what the truth is, what will he tell her?

Bradford Anderson Returns to GH For Another Visit

After Sam’s Emotional Confession, Vote on Whether She Should Choose Jason or Drew!