Is Port Charles big enough for two Jasons? In these spoilers from GENERAL HOSPITAL, everyone wants some answers as to the true identities of the two men claiming to be Jason Morgan. Also, Alexis gets some bad news about Julian and Cassandra tells Finn she’s made a big decision!

Julian has been out of Alexis’ life ever since he was sent to prison, but Scott is about to bring things rushing back for her all over again. “Julian was beaten within an inch of his life,” he reports. Alexis looks worried, but just how deep do her feelings for her ex-husband still go?

Cassandra came to Port Charles to be treated by Finn, but there’s not actually anything wrong with the hypochondriac. Still, it looks like the town has grown on her. “I’ve decided to stay in Port Charles,” Cassandra informs the doc. It is a place where criminals can do pretty well for themselves, but how far will she be able to get before someone takes her down? Anna has been hoping to use Cassandra to take down Valentin, but her plans haven’t been going well. And now she’s startled to find someone in her home! “What the hell are you doing in my house?!” she demands, holding her gun on the intruder. 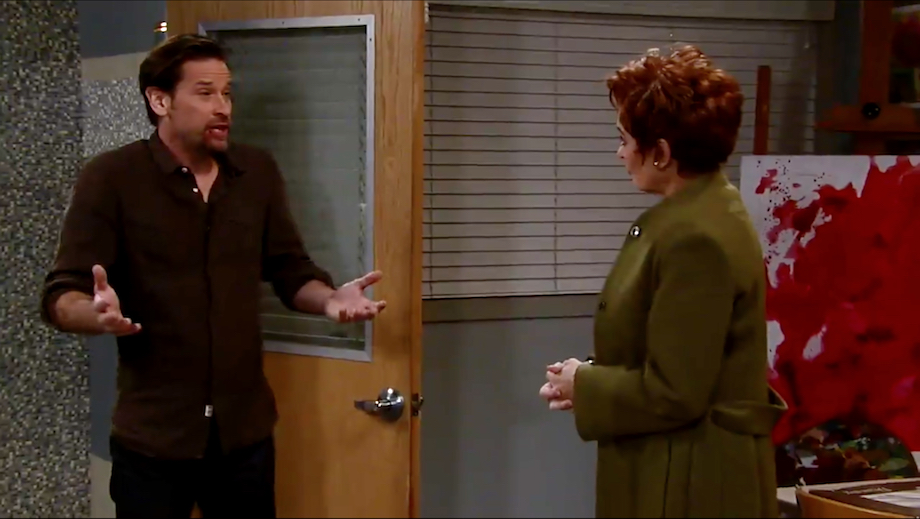 Franco is worried that with two Jasons running around town, one of them might end up stealing Liz away from him. “There’s a guy out there that may have Jason Morgan’s old face,” he warns Diane. Back at home, Jason assures Sam that he is her husband and he loves her and the life they have together. “I’m gonna find out what this man wants,” he assures her.

Liz couldn’t believe her eyes when she saw the original Jason beat up Franco at the hospital, and now that the mysterious Patient Six has been locked up at the police station for assault, she knows that’s where she’ll be able to find him and get some answers. As she stands there looking through the bars at the person with the face of the man she once loved, Liz can hardly believe her eyes. “It’s me,” he insists. “It’s Jason.” She can’t believe her eyes, but will she believe him?

Kelly Monaco Returns to DANCING WITH THE STARS