Life-changing decisions are being made in these spoilers from GENERAL HOSPITAL. Nathan is ready to end something, Alexis is shocked by Kristina’s actions, and Liz has a confession to make that could turn Sam and Jason’s world upside down!

Realizing that Amy and Man Landers has kind of taken over their lives, Nathan promises Maxie: “It will all be over soon, okay?” But Maxie has a counter-offer. “On one condition,” she insists. What does she have in mind?

Alexis is stunned to learn that Kristina has decided to take a break from college. “Why would she quit school and not tell any of us?” she exclaims to Molly, who looks like she might have a clue behind her sister’s motives. Because over at Kelly’s, Kristina is sitting down for a date with Parker, who is still slightly uncomfortable with this situation. “To be honest,” she confides to Kristina, “I almost canceled tonight.” Kristina seems determined to give this relationship an honest try, but is Parker on the same page? 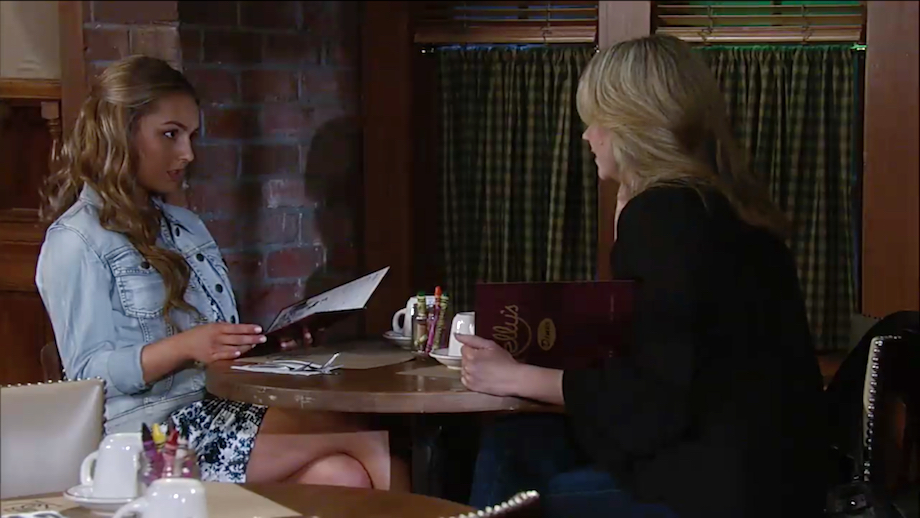 Kristina and Parker’s date gets off to an awkward start! (Photo Credit: ABC)

On the boat headed to the US, Huxley continues to try and pull details from Patient Six about who he is and where he’s going. “Is there someone there waiting for you?” the Brit wonders. Meanwhile, back in Port Charles, Liz was upset to learn that Franco had been sitting on the secret that Jason has a twin brother, Drew, out there in the world somewhere. But when she confronts Sam and Jason in the hospital corridor, she freezes up. “You were gonna tell me something?” Jason asks, curious. Will Liz spill the beans or agree with Franco that the past is better left buried?

The Reason Why GH Had a Special Dedication to Averill Perry

Kirsten Storms Opens up About Her Battle With Severe Depression