Trouble is brewing in these GENERAL HOSPITAL spoilers. Oscar goes to an unexpected person for help, Anna has a warning for Finn, Lulu makes a major decision, Peter’s life could be in danger, Maxie takes control of her life, and Alexis gets a major shock!

After speaking with Kim, Julian approaches the table at Charlie’s Pub where Oscar and Josslyn are waiting patiently. “So, your mom said you had a favor you wanted to ask me,” Julian remarks. What are the kids up to now?

Anna pays Finn a visit at his suite to warn him that the past doesn’t seem to be staying buried. “What’s all this about Cassandra?” he asks. Anna frowns and admits: “I think we’re in a bit of trouble.” Did they not get away quite as scot-free as they’d hoped?

Maxie isn’t the only one blaming Lulu for her part in Nathan’s death. Lulu blames herself, feeling absolutely heartbroken that her article led to the events that took her best friend’s husband away from her. So she informs Dante that she’s made a big decision. “I turned in my resignation,” Lulu announces. But will Peter accept it? 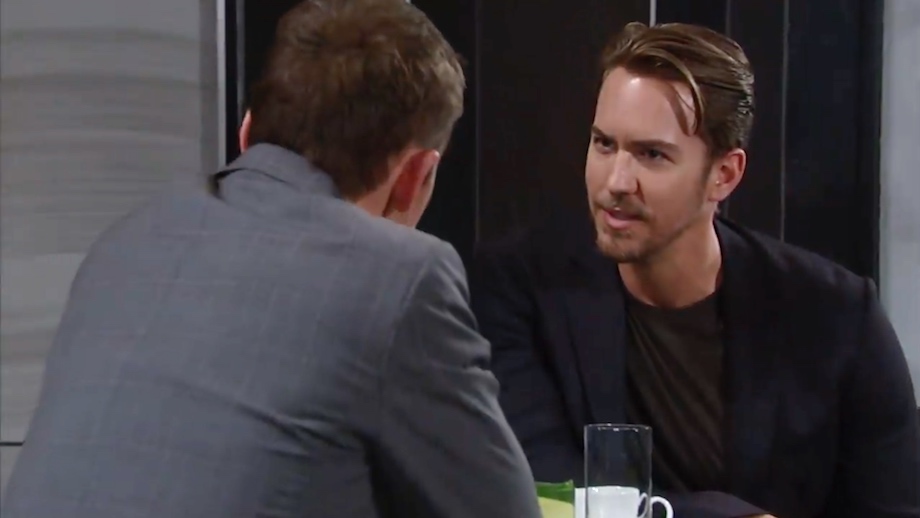 Valentin warns Peter he could be in danger! (Photo Credit: ABC)

Meanwhile, Peter is having a sit down with Valentin, who warns him that he may not be safe in Port Charles. “I think you’re at risk from Jason Morgan,” the Cassadine cautions. But after the way that Peter behaved during and immediately after the confrontation with Faison, it seems as though he can handle himself!

Maxie is still dealing with the grief of losing Nathan, and now she has to deal with moving on with her life and picking up the pieces. “It’s my responsibility,” Maxie tells Sam with a determined glint in her eye. “I am the one that needs to do this.”

Ned woke up as the new mayor of Port Charles, but Alexis wakes up to find herself in bed with someone! The attorney is shocked to see who’s laying next to her, but who could the lucky guy be? Did she go back to Julian, or has her friendship with Finn turned into something more?

Don’t miss this tease for today’s surprising episode, and for more GH previews, keep reading the ABC edition of Soaps In Depth magazine!

Drew Cheetwood and His Wife Are Expecting Their Third Child

Lindze Letherman Opens up About Life After GH