Things are getting complicated in these GENERAL HOSPITAL spoilers! Kiki begins to regret her decision even as Dr. Bensch seeks legal counsel. And as Carly languishes in Ferncliff, Michael continues trying to get to the bottom of what Nelle is up to!

Oscar has made no secret of the fact that he’d rather his mom get back together with Drew, but Julian warns the kid that he’s not going to be leaving Kim alone anytime soon. “I don’t scare easy,” he insists. But as Oscar smiles in response, might he be formulating a plan to get Julian out of his mother’s life?

At the hospital, Alexis is stunned when Dr. Bensch approaches her. “I’m in a little bit of a… legal jam,” he admits, “and I’d like to hire your services.” Meanwhile, Kiki seems to be regretting going public with her sexual harassment accusations against Bensch. “Maybe this was a giant mistake after all,” she sighs to Griffin. Can he reassure her she’s doing the right thing? 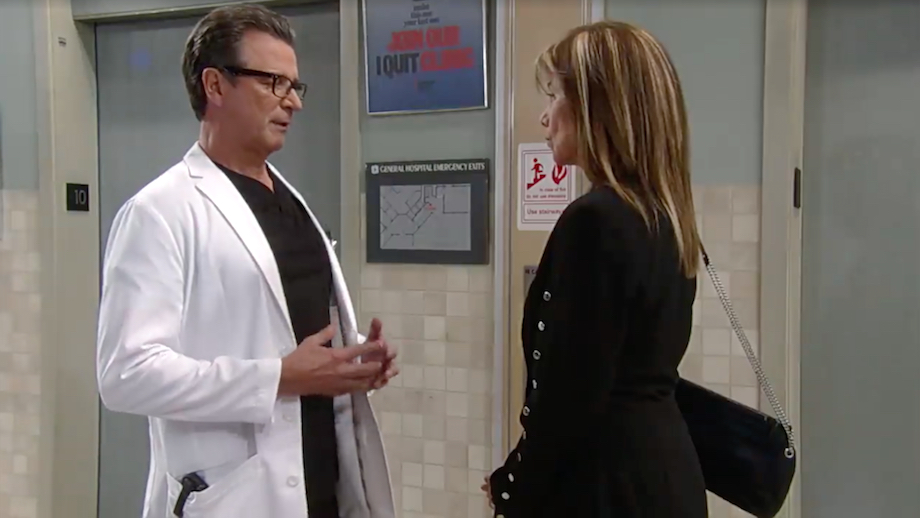 Having heard Nelle’s side of the story, Michael heads to the police station to question Chase. “Nelle Benson says that you’re stalking her,” he reports. When he hears the cop’s version of events, which one will Michael believe? Meanwhile, Nelle is having a drink on the patio at the Quartermaine mansion with Ava and discussing how her gaslighting of Carly worked like a charm. “I wouldn’t wish Ferncliff on my worst enemy,” Ava declares as Nelle smiles and shrugs. And over at the mental hospital, Jason tries to reassure Carly he’s going to help her. “Things are gonna be better now,” he promises. “I’m here to keep an eye on you.” But is there anything he’ll be able to do to help?

"I wouldn't wish Ferncliff on my worst enemy." #GH55 pic.twitter.com/Xm5hnG2wma