Through all of the drama, Michael has stood by Nelle, but in these spoilers from GENERAL HOSPITAL, he may regret that decision. Could he go from being Nelle’s biggest defender to her next victim?

Nelle got off on the wrong foot in Port Charles by trying to destroy Carly’s life by making her think she’d slept with Sonny. But after learning that her vendetta against Carly was all just a terrible mistake, Nelle tried to make things right and start over. Still, Bobbie and Carly remained skeptical and continued to question every move the young woman made. And while initially upset at Nelle’s actions, Michael forgave her and defended her against his family’s accusations. 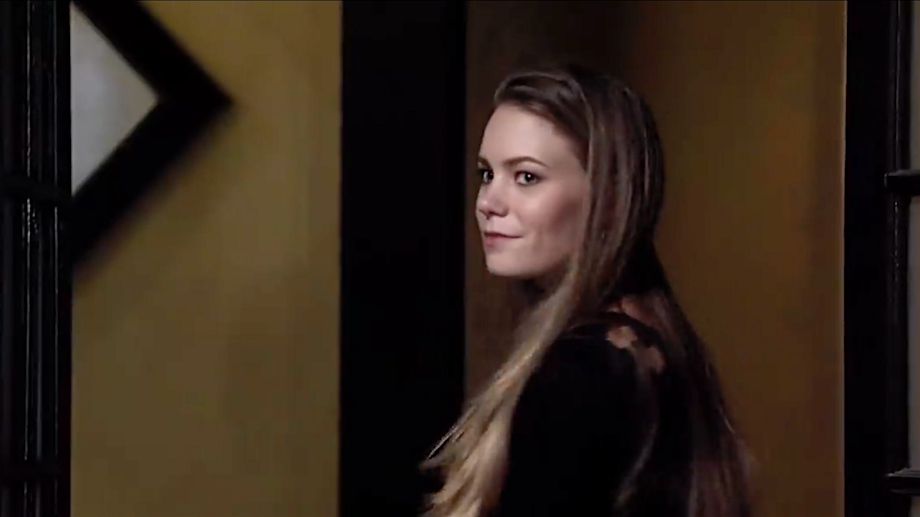 However, the recent revelation that Nelle could be a cold-blooded killer has changed things once again. “The family believes that Nelle murdered her fiancé,” Sonny said to Carly. But Nelle continued to proclaim her innocence and insisted that Zach’s death was an accident. Michael was wary, but stood by the woman he loves. He even went so far as to approach Curtis for help. “I want you to prove that she’s innocent,” he asked the investigator.

Could Carly’s fears that her son is in danger actually be justified? As more details regarding the mystery of Nelle’s past are revealed, Michael angrily confronts his girlfriend. “Why did you lie to the police?” he demands to know. Can she talk her way out of this one, or is it finally time for the whole truth to be revealed?

Don’t miss this tease for what’s to come, and for more GH previews, keep reading the ABC edition of Soaps In Depth magazine!