Sonny’s life has been turned upside down by his father’s Alzheimer’s, but in these GENERAL HOSPITAL spoilers, Mike’s disease could put Sonny’s daughter in danger! Plus, Jason and Anna prepare to take their investigation to the next level and Carly is determined to prove that she’s not going crazy!

Jason and Anna may have seemed like an unlikely pair, but the duo have joined forces to track down the truth about Henrik Faison, heading to Switzerland to dig up everything they can find. There’s just one problem. “How do we do this and only break one law?” Jason jokes. This could get interesting!

Carly attends her appointment with Griffin and assures the doc that the recent incidents involving Morgan’s memory “haunting” her are not a figment of her imagination but someone deliberately tormenting her. “Oh, I definitely believe something’s wrong,” Carly announces. “I just don’t think it has anything to do with my health.” But can Dr. Munroe prove that Carly’s not losing her grip on reality? 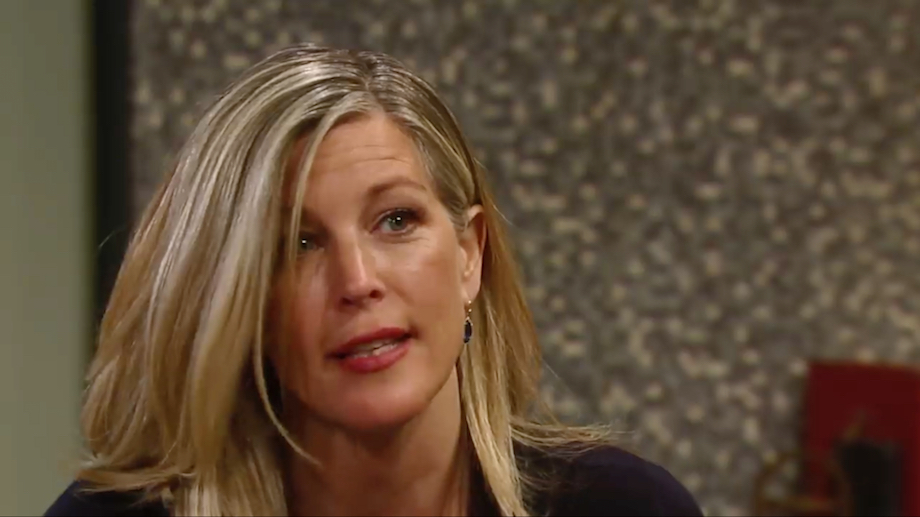 Carly will stop at nothing to prove she’s not going insane! (Photo Credit: ABC)

Struggling to deal with Mike’s Alzheimer’s, Sonny has another visit with Stella. and the social worker tries to make him understand that he can’t blame himself when he gets frustrated. “You need to be prepared to forgive yourself,” Stella cautions, “for wanting more than he can give.”

Meanwhile, Mike wants to spend some time with his granddaughter, and they’re both wearing their jackets as he kneels down before Avery at the front door to ask if she’s ready to have some fun. “Whaddya say, huh?” he smiles. “Should we hit the road?” But will anyone really let Mike take off with Avery? Anything could happen!