Things are getting emotional in these GENERAL HOSPITAL spoilers! Stella puts Griffin on blast, Franco unleashes his rage, Julian could be in big trouble, Drew and Sam make it official, and Milo opens up to Sonny.

At the hospital, Stella confronts Griffin to put the doc in his place. “The fact that you have a medical degree,” she warns, “doesn’t entitle you to impose on other professionals.” What’s got her so upset, and is there anything Griffin can say to calm her down?

Kiki may not be his biological daughter, but Franco has always treated her like his own child, so he’s naturally upset about what Dr. Bensch is putting her through. And when he finds out that Scotty is representing the creep, he’s livid! “The man is a sexual predator!” Franco barks. Will Scotty clue him in that Ava’s actually paying him to tank Bensch’s case in court? 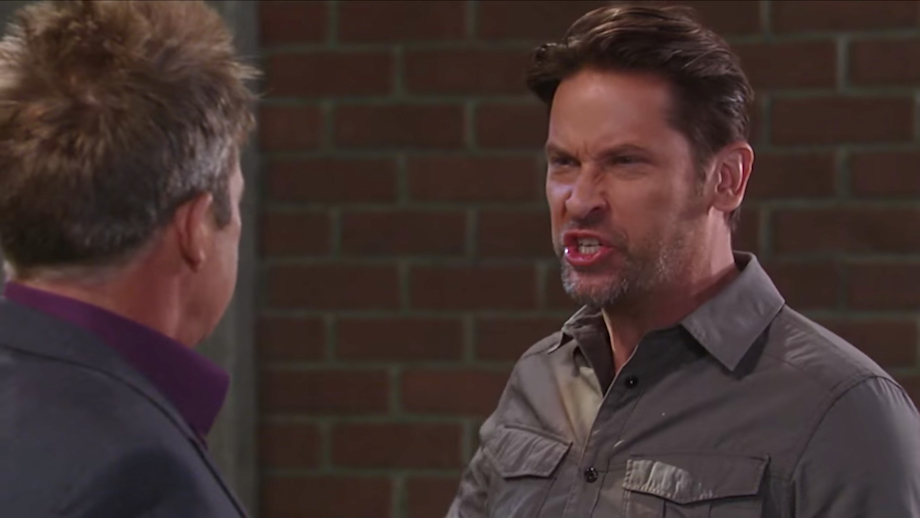 Franco is out for blood! (Photo Credit: ABC)

Ava pays a visit to Charlie’s Pub to chat with Julian behind the bar. “I have a plan,” she teases. He’s been keeping his nose clean for a while now, but might his sister drag him into some trouble? Meanwhile, at a table nearby, Oscar tells his mother exactly how he feels about her new relationship. “I’m ready for you to stop wasting your time with Julian.” Can Kim figure out a way to get her son to understand she isn’t going to get back together with Drew?

Speaking of Drew, he has some life-changing news for Sam. “We’re divorced,” he announces. Now that their split is official, how long before Sam reunites with Jason officially? And what will Drew do now that he’s a free man?

Milo sits on Sonny’s couch desperately trying to hold back the tears as he opens up to his boss and friend. “Is there anything I can do for you now?” Sonny asks. What is Milo going through, and is there anything anyone can do to help?

"The fact that you have a medical degree doesn't entitle you to impose on other professionals." #GH55 pic.twitter.com/n2RLj99dsD