Detective Nathan West is laid to rest today in these heartbreaking GENERAL HOSPITAL spoilers. And the slain officer is given a special send-off that viewers won’t soon forget.

In keeping with tradition, police commissioner Jordan Ashford is wearing her dress uniform and makes a special announcement over the police radio from the station. “This is the End of Watch Call for Detective West,” she announces somberly. And Nathan’s fellow officers, including Valerie Spencer, carry his coffin draped with the American flag into the church. His friends and loved ones stand and watch as they slowly march down the aisle. 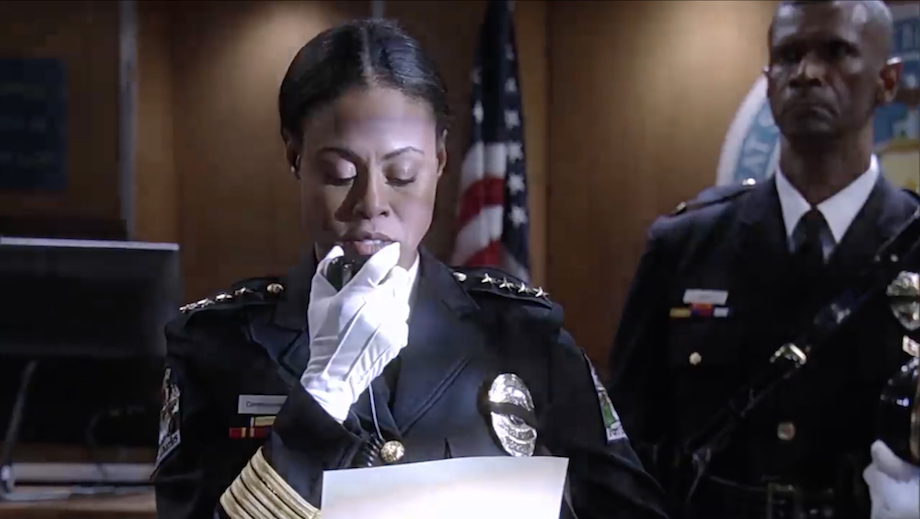 During the ceremony, people approach the pulpit to share special memories of Nathan, including his sister, Nina. “My brother’s generosity was just a sliver of who he was,” she says through the tears. And later, after the coffin has been closed and taken outside to the cemetery, Maxie has one last moment alone with her husband.

“I love you, Nathan,” Maxie sobs, looking down at the casket covered in white roses. “And I always will.” How will Maxie find the strength to go on as she prepares to give birth to their baby alone?

Don’t miss this tease for today’s very special episode, and be sure to have plenty of tissues ready. For more GH previews, keep reading the ABC edition of Soaps In Depth magazine.

“This is the End of Watch Call for Detective West.” 😢😢😢 #GH pic.twitter.com/XLUNGnXXwp

Mike’s Girlfriend was on GH Before as the Bartender Who Helped Jason in NYC!