It’s finally Ned and Olivia’s wedding day, but will things go off without a hitch? Come on, this is GENERAL HOSPITAL we’re talking about — of course they won’t! Check out these spoilers to see how things will go awry!

Sonny arrives at Carly’s house to pick her up for the wedding, and once again encounters Josslyn’s chilly attitude. Standing up to the teen’s defiance, Sonny attempts to offer an olive branch. “I just hope that one day you’ll be able to forgive me,” he says. But can Joss ever get past Sonny’s business putting her family in danger and his delibertaly driving her father out of the country? 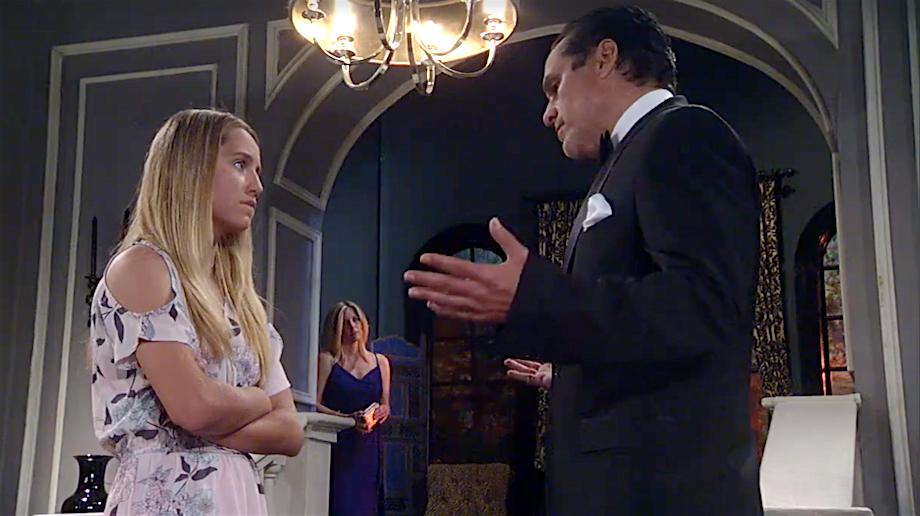 Meanwhile, over at Crimson, Nina has big plans for Nelle to make a splash at the ceremony. “You’re going to walk into that wedding,” she promises, “and you’re gonna blow Michael’s mind!” Sounds like it’s time for a makeover! And in Nina’s office, Amy seems to be having second thoughts about using Nathan as the face of her Man Landers book. “I don’t think we should do this anymore,” she confesses. But are they already in too deep to get out?

As the family assembles for his long-awaited wedding ceremony, Ned addresses Dillon, Michael, Dante, and Lulu. “Could I ask all of you for a huge favor?” he wonders. What, exactly, does he have in mind? However, Ned’s plans for the nuptials may have hit an incredibly major snag as upstairs in her room, Olivia shocks Monica, Laura, and Kiki when she suddenly announces: “That’s it, you guys — the wedding is off!”

Emme Rylan Chose the Most Beautiful Name For Her New Daughter!

Steve Burton Promises He’ll Be Back on GH “For a While!”

Kirsten Storms and Ryan Paevey Preview What’s Next for Maxie and Nathan!