Danger is everywhere in these GENERAL HOSPITAL spoilers! Nelle puts Carly in a scary situation, Harvey holds a gun on Liz and Jake, Betsy is terrified for Bobby, and Jason worries Anna is keeping a secret from him that could have deadly consequences.

At the hospital, Franco remains determined to get to the truth about what Jim Harvey did to him as a child so he can return to Liz and the boys. “There’s no home for me until all of this is resolved,” he informs Kevin. What he doesn’t realize is that down in the parking garage, Harvey has a gun trained on Liz and Jake, planning to take them hostage! Liz goes into protective mode, pushing her little boy away. “Run!” she shouts. “Go! Run!” As the boy takes off, can she protect him from Harvey? 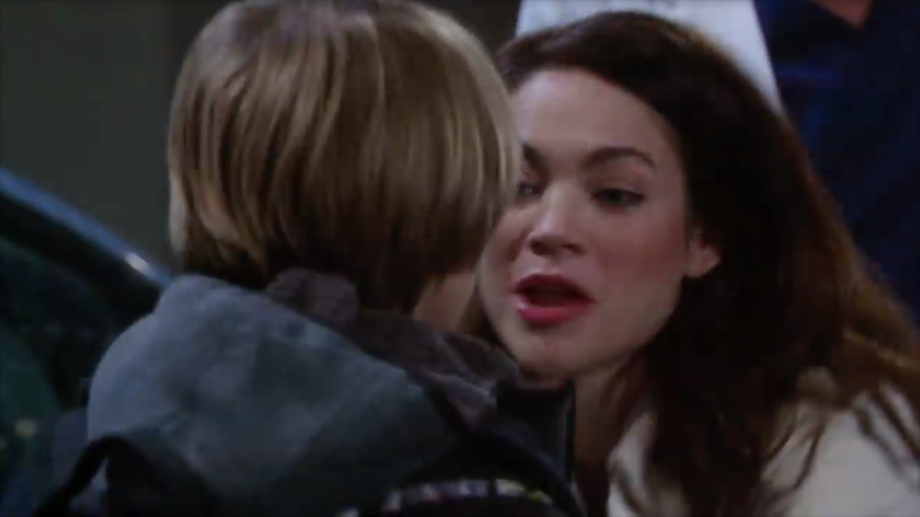 Oscar was hopeful that he might get his family back if his parents reunite, but Kim admits that’s not likely at this point. “The Drew that I was in love with is gone,” she sadly admits to her son. And even if the guy does get his memories back, will that also restore his feelings for Kim? At the hospital, Drew continues to try and learn more about his past, but Betsy is too scared to be much help. “I’m afraid for Bobby!” she frets.

Jason pays a visit to Sonny’s home to fill his friend in on the latest in the investigation into Henrik Faison. “Anna’s cooperative,” he allows, “but there’s definitely something she’s not saying.” Can the two men still get to the truth with Anna throwing up roadblocks?

Nelle breaks into Carly’s house all dressed in black to put the next stage of her gaslighting plan into motion. “Let the haunting begin,” she says with a wicked smile. And later, when Carly returns to the dark house, she hears a noise that immediately puts her on edge. “Hello?” she calls out into the shadows. “Who’s there?” What is Nelle’s ultimate goal?

More from ABC Soaps In Depth: